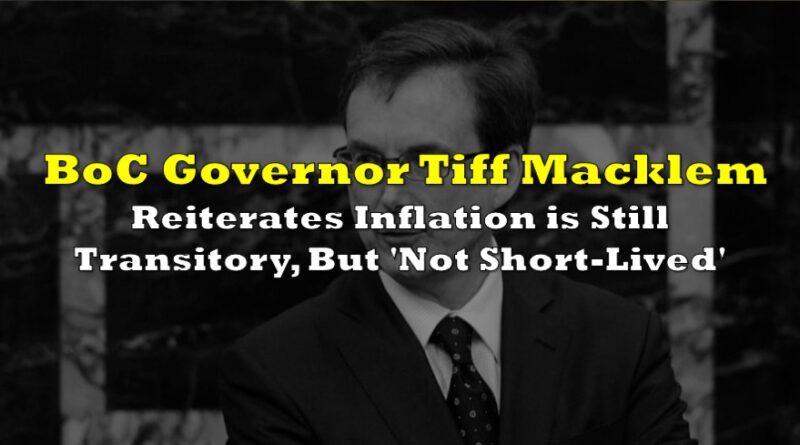 Bank of Canada Governor Tiff Macklem recently sat down with the CTV’s Question Period to discuss all-things inflation, the housing sector, and cryptocurrencies.

In an effort to reassure Canadians that skyrocketing inflation is nothing to worry about, Macklem reiterated previous views by the Bank of Canada that price pressures are still viewed as transitory, and that the central bank is prepared to step in to keep the economy under control. However, in the word salad that has become customary among central bank officials, Macklem did acknowledge that the term “transitory” may no longer be reflective of the current economic picture, where prices are accelerating a lot more sharply and persistently than policy makers anticipated.

“I think to a lot of people, transitory means it’s going to be over quickly and maybe I don’t know exactly what the right word is, but it’s probably something like you know, transitory but not short-lived,” Macklem attempted to explain in the interview, which aired over the weekend. The current inflation rate sits at a jaw-dropping 4.4% as of September, up from 4.1% in the month prior. However, the central bank is expecting price pressures to get even higher across Canada hitting 5% before the end of the year.

Up until recent, the Bank of Canada was not pencilling in a hike in interest rates until sometime in 2023, but with inflation rearing its ugly head across all sectors of the economy, Macklem said that timeline will have to be moved ahead of schedule. “We said it’s going to be sometime around the middle of next year,” he assured Canadians, adding that it will be “sometime between April and September.”

Inflation has also affected Canada’s housing sector, making it even more difficult than ever for Canadians to become homeowners. Macklem acknowledged this, but stopped short of providing a meaningful solution, other than that the supply of housing needs to increase. “I get letters from Canadians I get letters from young families,” he explained. “I recognize people are having a hard time and the solution to this problem is supply, we’ve got to increase supply of housing.” Thank you, Captain Obvious.

Macklem also provided his take on bitcoin and the cryptocurrency’s future in financial markets. “Let me be clear, bitcoin is not a digital currency,” he said sternly. “People do not use bitcoin, to buy things.” The governor added that cryptocurrencies are merely an investment, and that the amount of goods and services that are actually paid for with bitcoin is still very small. “We have banknotes, and we’re going to have banknotes, at least for the whole time that I’m Governor, they are not going away.” 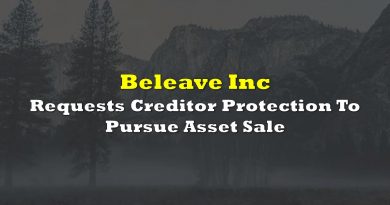 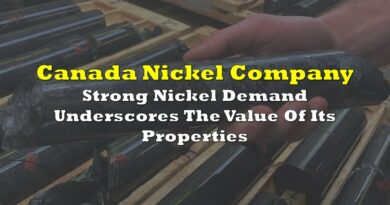