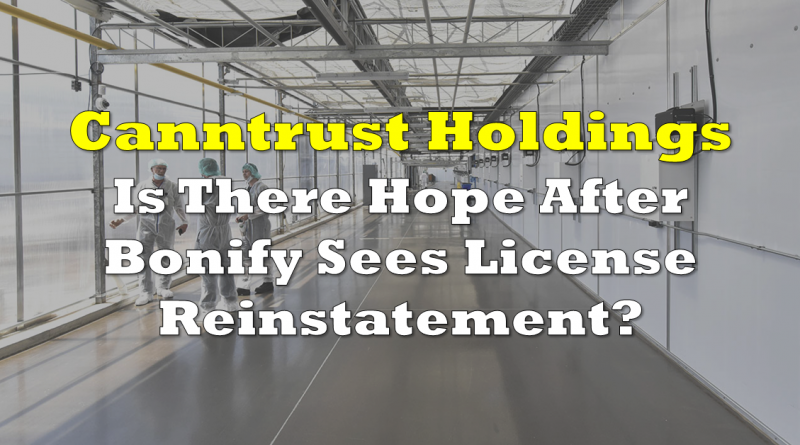 There might be hope for Canntrust Holdings (TSX: TRST) (NYSE: CTST) and its shareholders after all. Today, after an extensive 8 month period Bonify Holdings has seen its license with Health Canada reinstated. The privately held producer originally saw its license suspended in February 2019.

The reinstatement marks the first time that a suspended license has been reinstated by Health Canada for a licensed producer.

The argument in favour of Canntrust seeing its license reinstated lies in the fact that Bonify’s actions were arguably worse than that of Canntrust. While Canntrust Holdings was found to be growing plants illegally in unlicensed grow rooms and deceiving Health Canada, Bonify’s actions were more severe. The producer was found to have hired a broker to source bulk quantities of illegally grown black market cannabis, which was then placed in Bonify’s legal stream of distribution and sold to unknowing consumers in Saskatchewan.

Bonify Holdings had retained RavenQuest BioMed (CSE: RQB) to consult them through the process, which included modification of operational procedures and corrective action on record keeping amid other changes the firm implemented.

“The lessons from Bonify are clear: Follow the rules, train your staff and run a clean, well designed facility capable of producing high quality cannabis without cutting corners. RavenQuest’s consulting team has been inside over 50 licensed facilities. We’ve seen it all. Our mission has always been leadership in compliant, efficient and legal cannabis production. Today’s license flip from ‘suspended’ to ‘reinstated’ represents a new direction for Bonify, for other non-compliant LP’s and for the industry as a whole. A great day for Canadian cannabis.”

While Bonify elected to retain outside consultants to rectify their status with Health Canada, Canntrust went a slightly different route. The issuer instead elected to put together a special committee of individuals to work towards getting back on track with government agency.

The special committee at Canntrust has already taken several steps to work towards rectifying its regulatory status, which includes ousting CEO Peter Aceto and Chairman Eric Paul. The committee has remained engaged with Health Canada while conducting a full investigation at the issuer and suggesting corrective actions to Canntrust’s Board of Directors. However as demonstrated by Bonify, the company has a long way to go given that they had their licenses officially suspended just last month.

Information for this briefing was found via Sedar, Health Canada, RavenQuest BioMed and CannTrust Holdings. The author has no securities or affiliations related to this organization. Not a recommendation to buy or sell. Always do additional research and consult a professional before purchasing a security. The author holds no licenses. 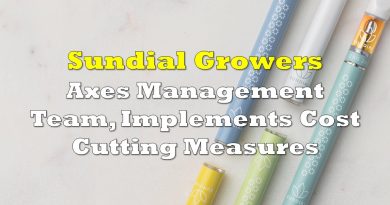 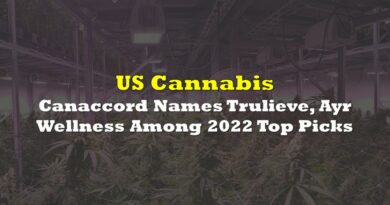 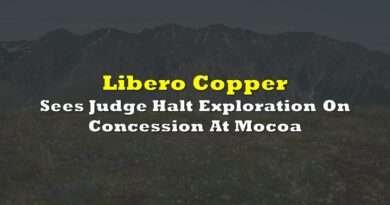