Far Resources Ltd (CSE: FAT) is a company that has been on a roller coaster ride as of late. Within the last couple months, it appears that investors have been torn on what value to place on it. Although it appears to have solid assets with regards to its lithium possessions, it seems that the ballooning share count is putting off investors. In addition to this, insiders have been consistently selling their positions over several months, which is never a good sign for investors.

The share structure of Far Resources has been slowly deteriorating over the course of 2017. In an effort to acquire additional properties, the company has repeatedly issued shares in conjunction with cash. As a result of this method of payment, the share count has already increased substantially since their annual statements issued for March 31st, 2017.

In addition to the ballooning outstanding share count, options are increasing rapidly as well. It is not uncommon for the company to issue 1M options to consultants or directors each month. This is in addition to the current count of options available for exercise.

The issue doesn’t just lay in the amount of options currently outstanding. What also needs to be considered is the exercise price. As the result of a low price per share for months on end, these options are at rock bottom prices. Compared to the close on November 14th, 2017 at $0.495, over one million units of options present a financial return of approximately ten times the initial investment. The result of this, is there is plenty of cheap paper that prevents the stock price from moving upwards.

Finally, is the issue of the outstanding warrants. The only blessing with the warrants listed in the June 30th, 2017, financial statements is that the majority of them we’re exercised before the publication of these financials.

By the time these financials were released on August 29th, the vast majority of these warrants had been exercised. As it stands, approximately 3,840,000 warrants remain outstanding. Similar to the outstanding options, these low priced warrants stand in the way of the price per share increasing. Never underestimate the selling pressure that can be presented as a result of cheap paper.

So, whats the diluted float? As a result of the latest financials being due at the end of November, the documents we’re basing our estimates off of are slightly outdated. A lot has happened for Far Resources since June 30th, 2017. New properties have been secured, consultants have been paid, and common stock has been issued for debt. Here’s an estimate of where the company is at now.

These numbers won’t be exact and are an estimate only. This is the result of news releases not identifying exact figures for shares issued. We do our best to obtain accuracy, but that’s not always possible based on the documents provided. We’ll have clearer figures once the September 30th, 2017 financials are out.

As it stands, a rough estimate of current dilution is approximately 101M shares in total. This was devised through share estimates based on the total dollar figure given and the price per share allocated. Far Resources prefers to not give out the share count in most news releases. Furthermore, it does not include the options agreement displayed below as a result of a lack of hard figures.

As can be seen above, the news release does not provide solid information to base estimates off of for the effect it has on fully diluted shares. Nevertheless, over the course of the previous five months, outstanding warrants have decreased by approximately 8M units. However, outstanding options have increased by 4M. Lastly, the total outstanding share count increased by an additional twelve million units.

One other item that we wanted to touch on briefly is the actions of the inside shareholders. Over the last several months, insiders have continued to sell off their positions in the company. This practice has been displayed by every reporting individual in the previous six months. Here’s a quick run down of each insider, and how their positions have changed. Sourced from Canadian Insider directly.

Within the last six months, only one insider purchased shares of the company. The CFO, Cyrus Driver, purchased 600,000 shares of Far Resources’ in August 2017 under a prospectus exemption. With this purchase, he also received 300,000 warrants, which he converted to shares immediately upon receipt. Aside from that, no insiders have purchased company stock in the last six months, only sold.

As a direct result of this dilution, shareholder value has decrease significantly in the previous year. Investors that have been holding the stock for a year or longer have seen the value of their investment cut in half. With the current trend, Far Resources is on track to significantly decrease the value it provides to shareholders.

Additionally, the lack of insider buying is not overly reassuring to investors. If they were confident in the results they had provided to the market, would they not be buying as well? Do they not believe in the strength of their company, or the value of their discoveries?

Insider buying is an excellent form of insight to the true performance of a company. It should be used as an indicator by investors to assist in determining the value of a company. The basic theory behind this, is that insiders will want a piece of the success for themselves if they truly believe the organization is headed in a good direction. If very few insiders are buying, it typically shows the lack of faith they have in the organization they play a role in.

Information for this briefing was found via Sedar and the CSE. The author has no securities or affiliations related to this organization. Not a recommendation to buy or sell. 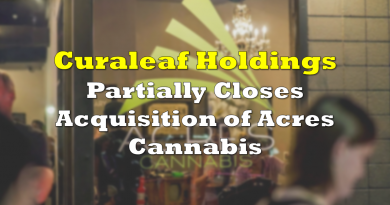 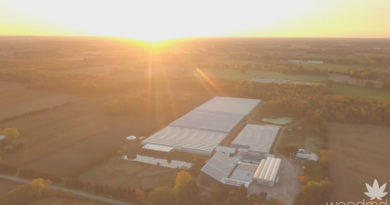 Is the Termination of the Hiku Merger the Best Thing to Happen to WeedMD? 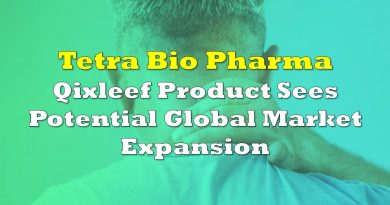