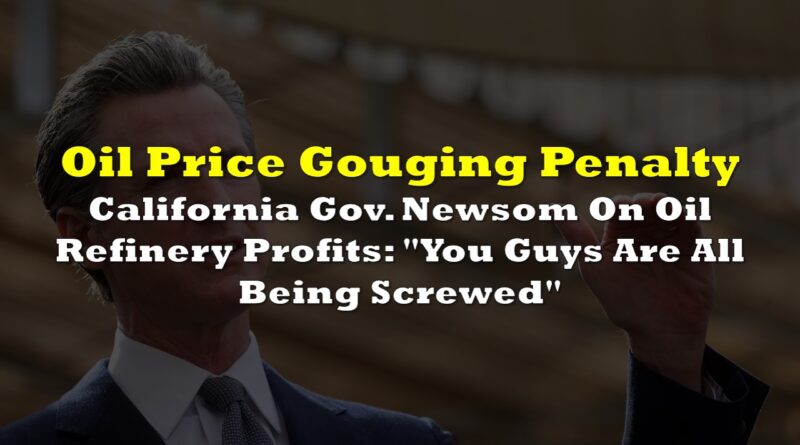 The state aims to be the first to impose an oil price gouging penalty targeted at capping oil windfall profits.

California Governor Gavin Newsom publicly shared a first look at his plan after convening a special legislative session more than two months after saying he would ask the Legislature to penalize what he called excessive profits by the oil industry, accusing companies of price gouging by intentionally raising the cost of gas for California drivers.

“For me this is about never seeing those spikes again,” Newsom said at the state Capitol. “You guys are all being screwed and taken advantage of.”

In a video posted online, Newsom identified that the oil industry raked in $63 billion in profit “in just over a 90-day period,” adding that it is “time to hold big oil to account.”

The governor proposes that the Legislature establish a yet-to-be-determined “maximum gross gasoline refining margin” — or profit cap — based on a monthly estimate of an oil refiner’s average profit per barrel for wholesale gasoline.

The plan would empower the California Energy Commission to levy an administrative civil penalty for violations of the profit cap, which would be calculated based on the proportion of a refiner’s profit margins that exceed the maximum. Any penalties would be deposited in a new “Price Gouging Penalty Fund,” which lawmakers may use to repay residents through the state budget.

The governor’s proposal also includes increased regulatory review and oversight, as well as greater ability for the Energy Commission to investigate supply and price issues.

“I hope it never goes into effect because these guys will change the way they’ve been doing business,” Newsom said.

The Western States Petroleum Association, on the other hand, said Newsom’s proposal seems like a continuation of the governor’s “bans, mandates, and public policies affecting our industry” during his term.

“After so many months of talking about this, we would have thought the governor would have had more details on this windfall profits tax,” said Kevin Slagle, a spokesperson for the WSPA. “To open it up and see no details on thresholds or what this penalty is and looks like and no details on the transparency side of things, it makes us wonder if this is a real public policy discussion or more of the politics we’ve seen from this governor.”

The industry and its commercial partners are already pushing back. Californians Against Higher Taxes, a group of state and local chambers of commerce and business associations, dubbed the penalty “Gavin’s New Gas Tax” in text messages sent to voters, along with the statement, “Californians can’t afford to pay more at the pump.”

Profits of oil refineries and firms have been a central target for the governor. Back in October, Newsom accused “greedy” oil companies of “ripping off” Californians at the pump. At the time, California’s average price per gallon is $5.88, while the national average is $3.84, according to data from AAA.

It was then that the governor, who’s seeking reelection, called for a special legislative session to impose a windfall tax on oil companies so the money he says oil companies are raking in goes back to Californians.

“Crude oil prices are down but oil and gas companies have jacked up prices at the pump in California. This doesn’t add up,” Newsom said in a video. “We’re not going to stand by while greedy oil companies fleece Californians. Instead, I’m calling for a windfall tax to ensure excess oil profits go back to help millions of Californians who are getting ripped off.”

The industry, however, contends that current high costs are the outcome of the state’s policies to phase out the usage of oil and reduce reliance on fossil fuels. The oil firms characterize Newsom politicizing the issue and that penalizing them will simply exacerbate the situation in a state that already taxes the industry heavily.

Information for this briefing was found via Los Angeles Times and the sources mentioned. The author has no securities or affiliations related to the organizations discussed. Not a recommendation to buy or sell. Always do additional research and consult a professional before purchasing a security. The author holds no licenses. 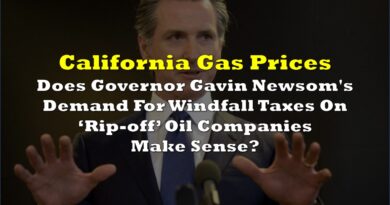 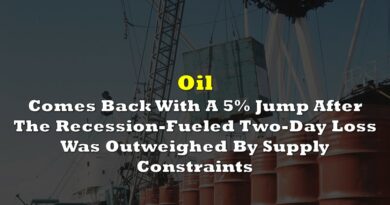