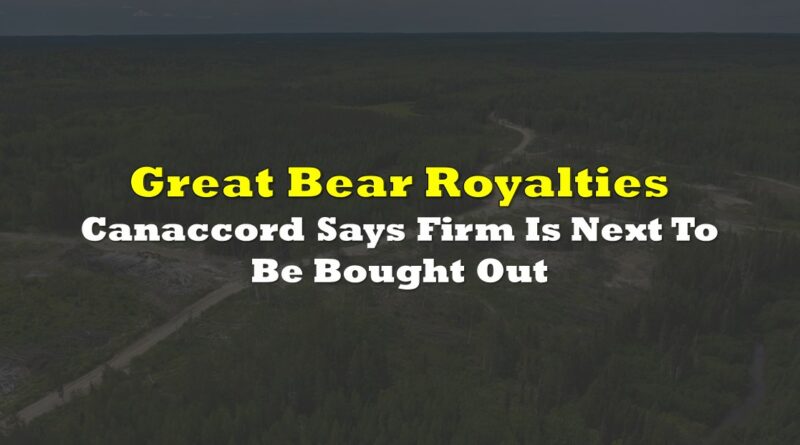 With the many recently announced mergers and acquisitions in the gold producer space, Canaccord has increased their 12-month price target on Great Bear Royalties (TSXV: GBRR) to C$7.00 from C$5.50 and upgraded the name to a buy rating from hold, on the premise that Great Bear Royalties will be picked up during this wave of consolidation.

Great Bear Royalties currently has 3 analysts covering the stock with an average 12-month price target of C$6.55 or a 15% upside to the current stock price. Out of the 3 analysts, 1 has a strong buy rating and the other 2 analysts have buy ratings on the stock. The street high sits at C$7.15 from Mackie while the lowest comes in at C$5.50 from Canaccord Genuity.

Canaccord writes, “GBRR would make an attractive takeover target for a number of the royalty/streaming companies,” as the company has a clear path to production which elevates their odds of a takeout. Although they say that they understand the Dixie project will not be in production until 2029, they believe that companies are taking note of the asset and doing their homework.

Currently, Great Bear Royalties holds a 2% NSR on the Dixie project which has an average annual production estimate of roughly 450,000 ounces, which translates to roughly 9,000 gold ounces annually for the royalty firm. Canaccord believes that this would equate to roughly US$17 million in revenue based on their $1,860 long-term gold price. 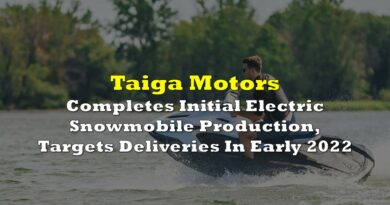 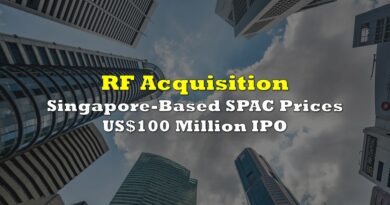 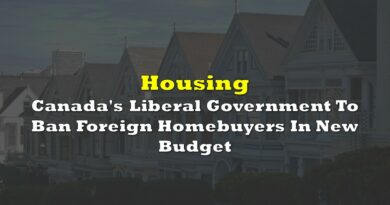