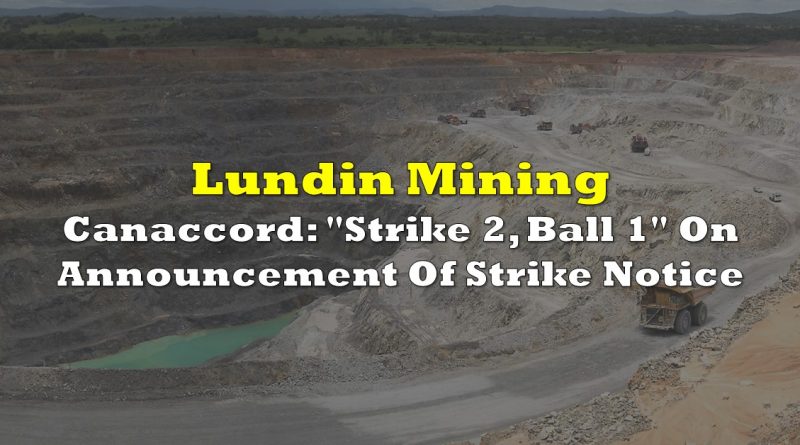 On Thursday morning, Canaccord Genuity’s Dalton Baretto sent out a flash update on Lundin Mining (TSX: LUN) headlined with “Strike 2, Ball 1.” This follows the news that Lundin Mining reported strikes by one of its unions at the Candelaria mine last night.

The two other strikes Baretto is referencing occurred last weekend, wherein Lundin Mining reported that they had a fatality at its Neves-Corvo mine in Portugal. They then announced that they had to stop committing to their guidance at one of its mines in Brazil following an electrical failure that took out several mill motors.

Luckily, Lundin said that this incident is not expected to materially impact operations. Baretto says, “LUN’s 80% stake in Candelaria represents 51% of our operating NAV; on a 100% basis, the mine represents 57% of 2020 copper production and 62% of FCF.”

Dalton gives a breakdown of how the situation is unfolding. Roughly 350 workers from the union have voted to strike. Most of these workers are from the open pit and only a few from the underground and mill positions. Management believes that because of how small the number of workers is, they will be able to mitigate the loss for at least a couple of weeks. Now the union workers on strike have 16 days to choose to individually break the strike and return to work under their old contract.

Separately, a second union has seen its contract run out recently as well. Commenting on this, Dalton says, “negotiations with the AOS union are in their early days.” The AOS union representing roughly 550 workers allowed the October 5th deadline to expire without agreeing to Lundin Mining’s offer. Now there is a five-day window where each party can request a five-day government mediation period. Dalton says that if this mediation period passes without an agreement, the union is in a position to strike. He adds, “should AOS elect to strike, we believe production could be seriously curtailed or even suspended.”

Canaccord currently has a $11.00 price target and buy rating on Lundin Mining. 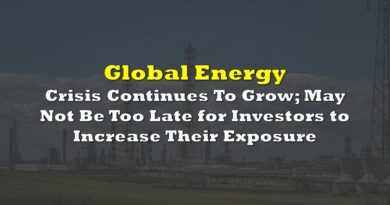 Global Energy Crisis Continues To Grow; May Not Be Too Late for Investors to Increase Their Exposure to Energy Plays 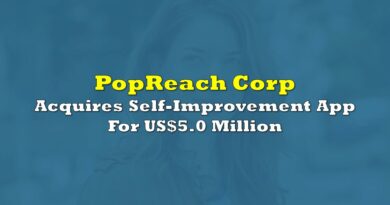 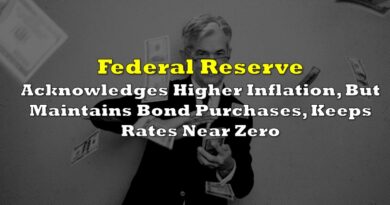