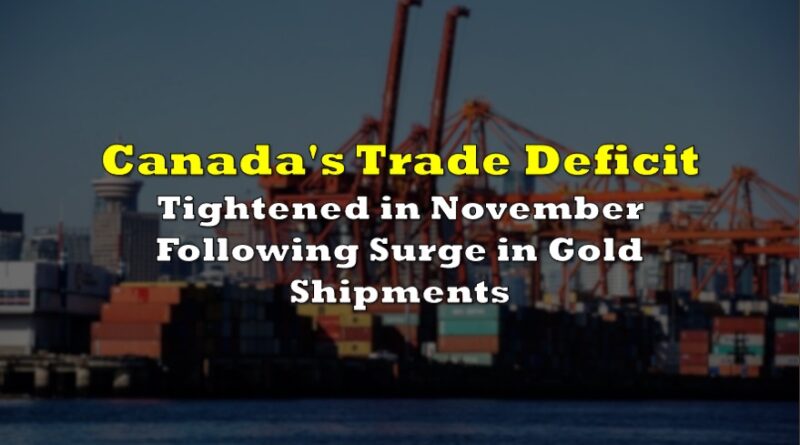 As the demand for precious metals continues to accelerate amid the pandemic, Canada was able to narrow its trade gap in November. Higher exports of gold, mainly to the United Kingdom, narrowed the country’s trade deficit to $3.3 billion.

According to data released by Statistics Canada on Thursday, Canada’s trade deficit edged down from $3.7 billion in October to $3.3 billion in November. Although there have been numerous increases and decreases throughout the duration of the pandemic, the rate of change in trading activity actually slowed down in November, as total trade inched up a mere 0.1%, amounting to the smallest increase in 2020.

Nonetheless, total exports rose by 0.5% to $46.8 billion, but still remain approximately $1.5 billion below February’s pre-pandemic levels. Despite the growth though, 7 out of 11 product categories experienced some form of decline, with the exception of metal and non-metallic mineral products, which increased by 11.6% in November. Exports of unwrought gold, silver and platinum group metals and their alloys rose by 25.8%, largely due to the surge in exports of refined gold to the UK, as sales of cast gold bullion bars and gold transfers within the banking system soared.

Exports of metal ores and non-metallic minerals grew by 26% in November, while exports of copper ores and iron ores soared by 84.6% and 26%, respectively. Even amidst the pandemic, market conditions have been favourable for Canada’s producers of iron and copper ores throughout 2020. As a result, the month of November saw an abnormal increase in exports of such commodities, resulting in levels that surpassed 2019 totals.

However, the increases were partly offset by decreased exports of motor vehicles and parts, which dropped by 4.1% in November. Likewise, exports of forestry products and building and packaging materials also suffered a decline of 6.2%, largely due to lower exports of lumber. The decline in Canada’s lumber exports were the result of reduced prices, which, after several months of increases, finally stabilized in October, and then declined in November.

In the meantime, total imports declined for the first time in five months by 0.3% to $50.1 billion in November, but still remained above pre-pandemic levels. Imports of industrial machinery, equipment and parts declined by 3.9%, while imports of metal ores and non-metallic minerals also dropped by 11%. However, the declines were partially offset by increased imports of aircraft and other transportation equipment and parts, which rose by 16.2%, after Canada imported two new airliners from Ireland. 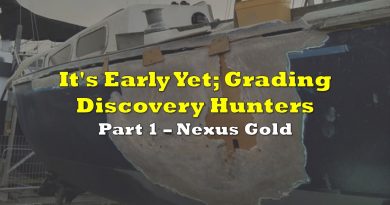 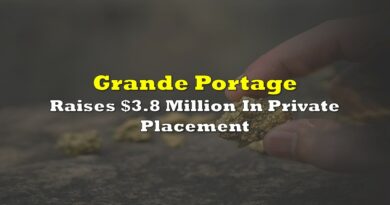 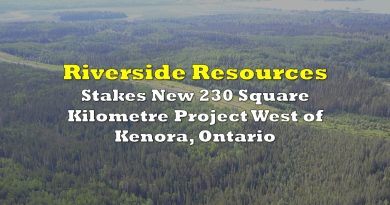