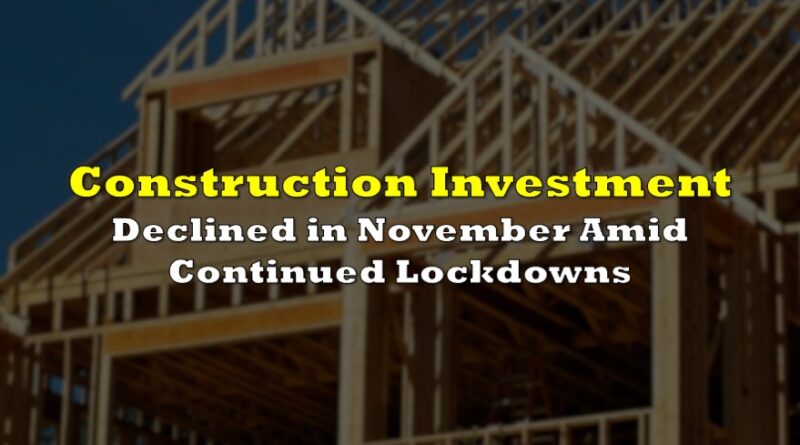 Investments in construction across Canada fell for the third consecutive month, declining by 0.1% to $15.3 billion in November. The relatively small change was the result of slight declines in residential and non-residential construction, according to Statistics Canada.

Non-residential construction investment remained relatively unchanged at $4.4 billion throughout November. Some declines were noted across six provinces, but the decrease was offset by gains in Ontario and British Columbia by 0.4% and 1.0%, respectively. As many regions across the country continued to reinforce pandemic lockdowns and many Canadians continued to work remotely, decreased investment in office buildings, hotels, and restaurants caused the overall investment in commercial building construction to fall by 0.5%.

In the meantime, investments into industrial building construction rose by 0.6% in November, with the bulk of the growth stemming from Ontario and Quebec. The increases in Ontario were the result of construction of the $100 million Metrolinx Keelesdale transit station in Toronto. Likewise, institutional building investment was also the subject of an increase in November, advancing by 0.4% — the first such increase in the category after four consecutive months of declines. The majority of the growth was concentrated in Alberta and British Columbia, as both provinces constructed new educational buildings, while a new welfare home was built in British Columbia.

Residential construction investment declined for the first time in six months, falling by 0.1% in November. Reduced investment in multi-unit dwellings largely offset increases in single-unit investment growth. Manitoba was the subject of the largest declines, with investment falling by 7.8% to $402 million, followed by Quebec with a decline of 1.1%. In the meantime, Nova Scotia reached its second-highest value on record, soaring by 15.2% to $271 million.

Although the coronavirus pandemic caused extensive economic declines across all sectors in the Canadian economy, year-over-year investment into single-unit buildings rose by 9.4%. In November, investment in this category grew by 2.1% to $5.6 billion. Toronto was the main contributor to the increase, causing the construction of single-family homes in Ontario to rise by 2.1% — the largest increase across all provinces.

Multi-unit construction investment dropped for the second consecutive month in November, falling by 2.2% to $5.2 billion, offsetting the notable growth in single-unit investment. Alberta, Manitoba, and Quebec reported the largest declines of the five provinces experiencing subdued investment in this category. 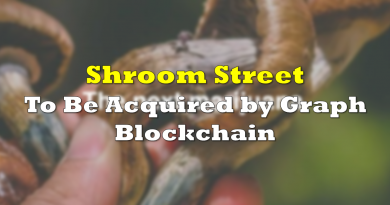 Shoom Street to Be Acquired By Graph Blockchain 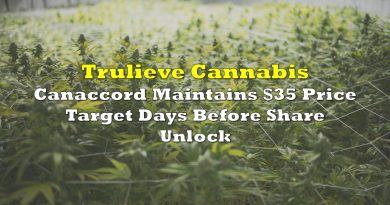 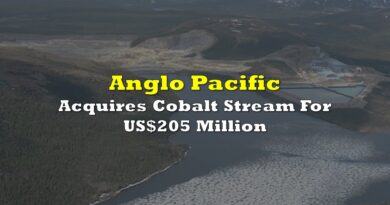