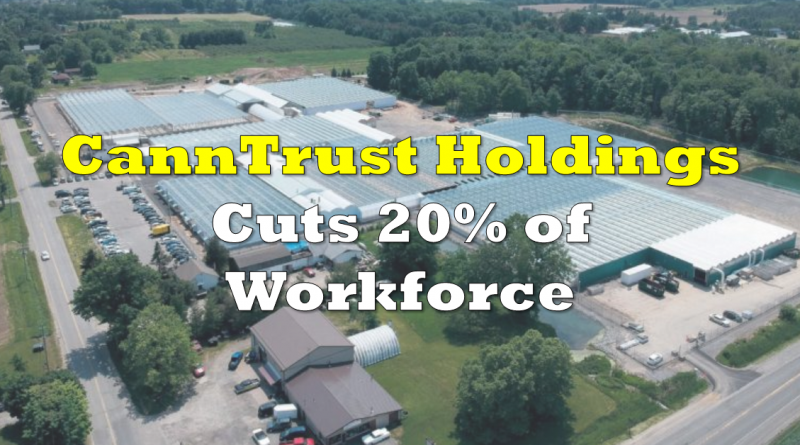 Canntrust Holdings (TSX: TRST) (NYSE: CTST) announced this evening that it will be reducing its workforce significantly as a result of its ongoing troubles at both its Pelham, Ontario, and Vaughan, Ontario facilities.

The move impacts 180 employees at the company, or roughly 20% of its entire workforce. The move is being taken by management as a result of its ongoing discussions with that of Health Canada with respect to the licensing status at both of its facilities.

“We have made the extremely difficult decision to restructure our workforce to reflect the current requirements of our business. These changes also position the Company to better serve our patients and customers with high quality, innovative products in the future.”

“Over the past two months, we have moved swiftly to assess and address the Health Canada report indicating areas of non-compliance in our operations, as well as the findings of the Special Committee’s independent investigation. We remain fully committed to building the organization we need for future success and rebuilding the trust of all of our stakeholders.”

The affected employees, which largely consists of cultivation and customer service roles, is anticipated to reduce annual wage spend by $9 million. Severance costs alone are anticipated to come in at roughly $2 million.

CannTrust initially stopped the sale of all product on a voluntary basis back on July 11, after reporting the previous week that it was found to be growing cannabis illegally in rooms that were not licensed by Health Canada. The producer had duped regulatory officials through the installation of fake poly walls which were used to hide the illegal plants being grown. The lack of sales is believed to equate to roughly $187,000 in lost sales per day, in addition to close to $70 million of inventory currently placed in an “on hold” status by both Health Canada and Canntrust until further notice.

This latest news comes on the heels of the anticipated drop from the S&P/TSX Composite index for the firm, as per a recent Globe and Mail report. 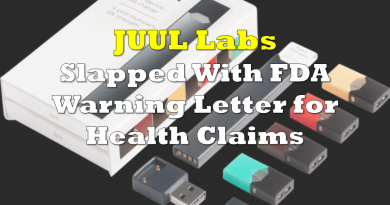 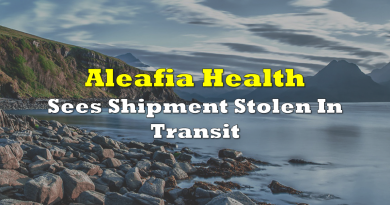 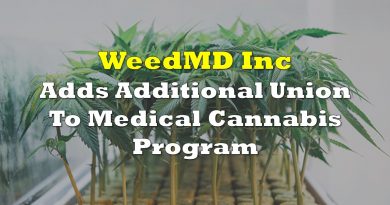 The Yield Growth Corp (CSE: BOSS) is in search of its next bandwagon to jump on, with the firm now