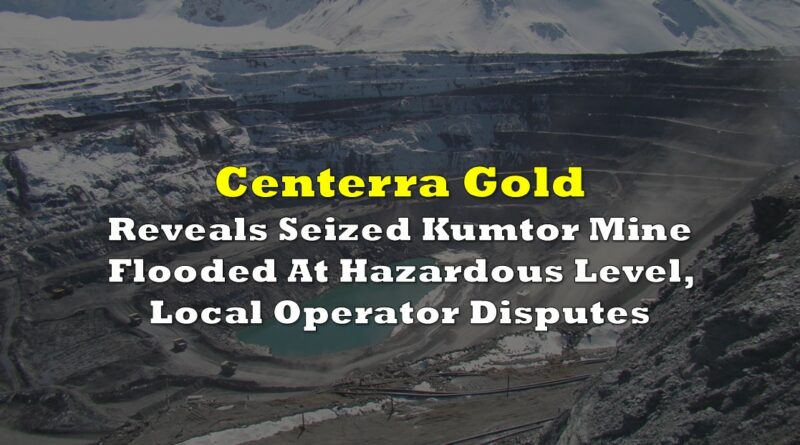 On Tuesday, Centerra Gold Inc. (TSX: CG) disclosed aerial documentation of the seized Kumtor gold mine submerged in water with estimated levels that it considers has the potential to lead to “catastrophic events”. The now Kyrgyzstan government-controlled Kumtor Gold Company calls foul of the Canadian mining firm’s claims, saying “water has always been there”.

In an emailed statement, the mining company estimates at least 40 metres of water at the bottom of the property. “This has put the entire mine and its workers at risk of potentially catastrophic events, not to mention the real harm to the environment,” the statement read, contradicting the local operator’s claim that the mine is stable and running at full capacity.

Furthermore, the Toronto-based company postulated that the mining pit has collected more water in the three months since the government took control than in the 25 years it has managed the mine. The firm believes urgent action is needed to address potential safety issues, calling to bring in independent mining experts to assess the condition of the mine.

“This poses a threat to all Kumtor employees and to the sustainability of the entire plant. We are concerned that much of the experience gained over the decades by Centerra and KGC has been completely lost or misused since the takeover of the mine by the government,” the company added.

On the other hand, Kumtor Gold Company, now led by Centerra Gold’s former director Tengiz Bolturuk, responded to the company’s press release and called it “outright lies”. Claiming that the mine is routinely filled with water, the Kyrgyz firm posted photos of the property in 2010 and 2011 showing the central pit submerged.

The local mine operator also explained that the water is used for the needs of the gold recovery plant, contrasting the Canadian company’s rationale of pumping out the water as critical “to the safe operation of the mine, given its proximity to glaciers”.

“We believe that Centerra, in its powerlessness before the law, uses all methods to undermine the reputation of the top team of the temporary external management of KGC,” Kumtor Gold Company said in a statement.

In May 2021, the Kyrgyz government seized control of the Kumtor mine after alleging the Canadian firm’s “abdication of its fundamental duties of care.” The company defends “all key safety, monitoring, and operational systems at the mine were functioning properly” shortly before the takeover.

Centerra Gold’s subsidiaries, Kumtor Gold Company and Kumtor Operating Company, which own and operate the mine, have since filed for preemptive bankruptcy to preserve their value but the court postponed the meeting for an indefinite period of time. 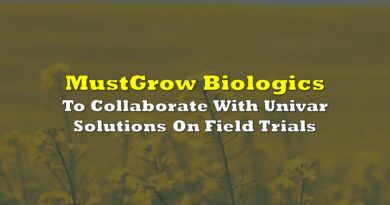 MustGrow Biologics To Collaborate With Univar Solutions On Field Trials 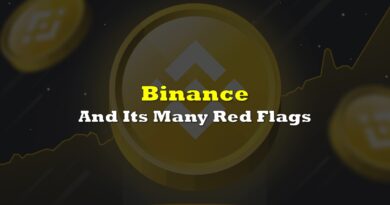 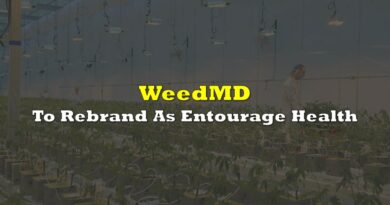 WeedMD To Rebrand As Entourage Health