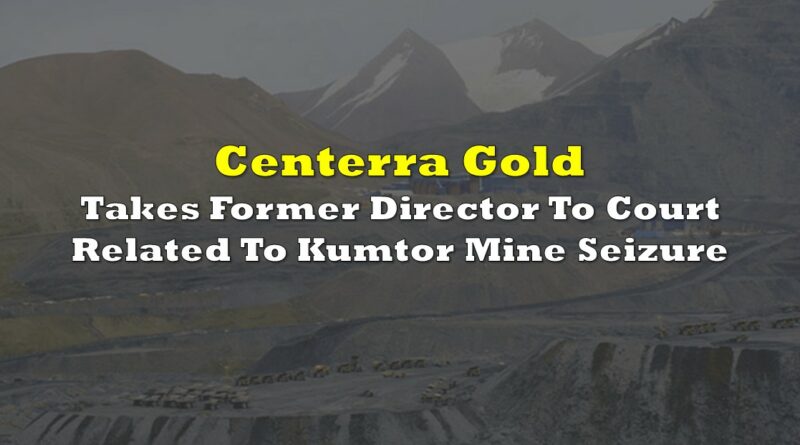 Centerra Gold Inc. (TSX: CG) announced Thursday that it has started court proceedings in the Ontario Superior Court of Justice against its former director Tengiz Bolturuk. This action is in response to his alleged role in the recent seizure of the Kumtor mine by the Government of the Kyrgyz Republic.

Bolturuk, a Canadian and Kyrgyz citizen, joined the Centerra Gold’s board in December 2020 to represent corporate shareholder Kyrgyzaltyn JSC. The latter is also a Kyrgyz state-owned entity investing in Centerra Gold.

The company has been internally investigating Bolturuk on his alleged discussions with the Kyrgyz government on the latter’s plans to seize control of the Kumtor mine, while he was still serving as a director. The mine operations were being managed by Centerra Gold’s wholly-owned subsidiary Kumtor Gold Company until the government’s seizure. The Kyrgyz authorities appointed Bolturuk as the general manager of the subsidiary two days after he resigned from Centerra Gold’s board on May 17, 2021.

Centerra Gold also shared from its initial investigation that Kyrgyzaltyn JSC attempted to divert approximately US$29 million to an unauthorized bank account using a forged payment instruction sent to a third party.

On the other hand, the Kyrgyz government announced that it is taking control of the Kumtor mine for three months after Centerra Gold’s “abdication of its fundamental duties of care.” The authorities are also asking for clarifications from the Canadian company on reports of suspended deliveries of materials and disabled “critical sensors” at the mine.

“When Centerra declined to respond to our request to return the mine to normal and safe operation, we were forced to take these steps in order to protect the workers and the continuity of Kumtor, which is of strategic importance to the Kyrgyz Republic,” said Akylbek Japarov, chairman of the state commission of Kyrgyz Republic.

On a conference call Tuesday, Centerra Gold CEO Scott Perry answered the allegation: “Shortly before the government took control, all key safety, monitoring, and operational systems at the mine were functioning properly. Centerra did not disable any such systems, and the mine was operating without incident.”

Japarov also expressed the government’s hope “that Centerra would continue to work with [them] to resolve the long-standing issues at Kumtor.”

Perry said Centerra Gold remains “willing and available to engage with the Kyrgyz Government in a constructive dialogue,” but also warns that “the hostile actions of the government leave us no choice but to continue to protect the interests of Centerra and its shareholders through all legal means.” 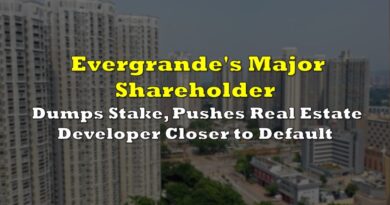 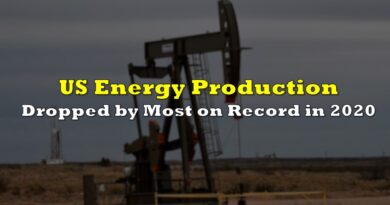 US Energy Production Dropped By Most On Record In 2020 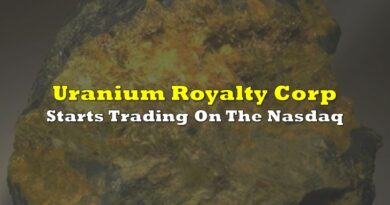