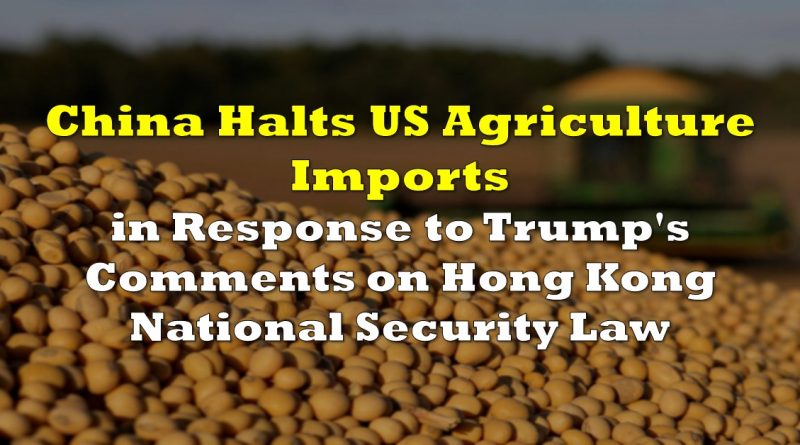 In response to Donald Trump’s comments on Friday regarding the removal of Hong Kong’s special treatment status in wake of Beijing’s national security law, China has halted the imports of US farm goods including pork and soybeans.

China’s new national security law being imposed in Hong Kong has apparently angered US president Donald Trump so much so, that he vowed to eliminate the autonomous city’s special trading status and/or sanction Chinese officials as a result. In retaliation to Trump’s comments, several state-run companies have been ordered to cease purchases of US agricultural products, including pork, soybeans, cotton, and corn. Such a move will significantly impact US agricultural producers, causing them to lose out on vital revenue.

Although China has halted US imports for now, it is prepared to continue escalating the tensions in proportion to Trump’s attacks on the country. If further action is in fact taken by Washington, China is ready to halt more US imports, or even scrap the Phase 1 trade deal if necessary. When the trade deal was enacted in January, China committed to purchasing a further $32 billion in US agriculture products. Thus far, $691 million worth of US pork and $1.028 billion worth of soybeans has been purchased in the first quarter of 2020. However, with the continued tit-for-tat measures and coronavirus origin blame game, both the US and China are willing to forego the benefits of trade.

Information for this briefing was found via CNBC, US Department of Agriculture, Reuters, and Bloomberg. The author has no securities or affiliations related to this organization. Not a recommendation to buy or sell. Always do additional research and consult a professional before purchasing a security. The author holds no licenses. 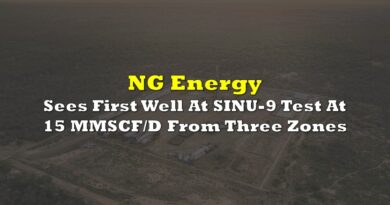 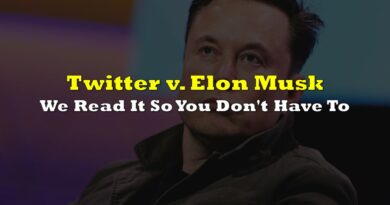 Twitter v. Elon Musk: We Read It So You Don’t Have To