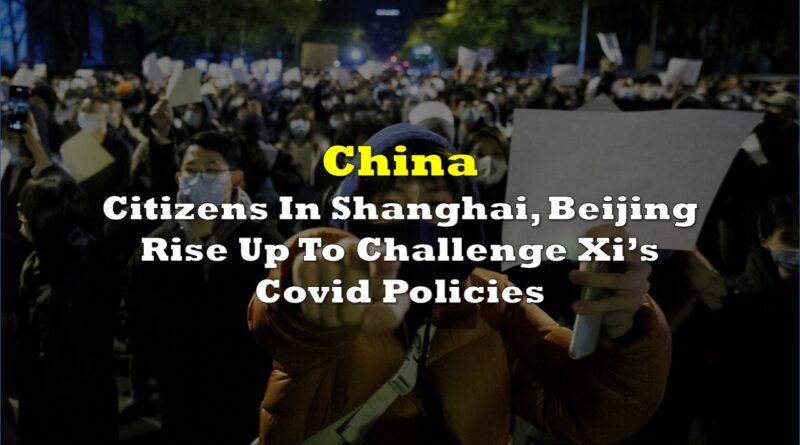 In a country where dissent is quashed and protesters put in jail, it’s surreal to see large groups of people calling for the leader to resign.

This has been the scene in China’s capital Beijing and its financial center Shanghai over the weekend until the early hours of Monday. Residents, tired of and fed up with being locked down since the outbreak of the virus in 2020, have taken to the streets, risking arress and police beatdowns, to protest the latest Covid restrictions.

China’s zero-Covid strategy is the last policy still in place among the world’s largest economies. Most of the world has started re-emerging from the pandemic since early in the year.

China’s lag is attributed to its heavy focus on containment instead of mitigation, particularly its low numbers of vaccination, especially among the elderly, as well as Chinese President Xi Jinping’s stubborn resistance to Western-made vaccines. The lockdowns have also proven futile against the highly transmissible Omicron variant and its subvariants.

Just over two weeks ago, the government showed signs of easing the restrictions when the new, looser 20-point guideline was released. But this was almost promptly set aside as the country saw a fresh surge of new cases that topped the peak in April.

The protests erupted after a fire in a Urumqi apartment block in northwest China claimed the lives of at least 10 people. Many believe that Covid restrictions hindered the rescue or escape of the victims.

Officials have denied the possibility, but there was enough anger brewing on social media to bring people out on the streets, and unleash a sort of defiance rarely seen in the country mostly controlled by its leader, Xi, who very recently secured his third consecutive term.

On the ground, authorities in Beijing have largely tolerated the rallies, as the protests in the city have been mostly peaceful. In Shanghai, there are reports of mass arrests and beatdowns. A BBC journalist was reportedly “beaten and kicked by the police,” and detained for hours.

Online, authorities are working overtime to censor news of protests and unrest, even going as far as censoring crowds of maskless fans — a vision that’s become so alien and outrageous to residents still under harsh restrictions — shown on the TV coverage of the 2022 World Cup in Qatar, to prevent unleashing more anger from the masses.

Protests were also seen in the cities of Chengdu, Xi’an, and Wuhan, where the first Covid-19 infections originated almost three years ago.

Protests are expected to continue. Shanghai saw an increased police presence on Monday morning, putting up barriers in areas where people have gathered in the previous days.

As of Monday morning, the country’s leaders have yet to comment on the events. This is the biggest, most urgent, challenge that Xi’s regime has seen since he came to power.

China’s markets and the yuan, meanwhile, have tumbled in response to the unrest. Hong Kong’s Hang Seng Index fell 1.57%, while the Hang Seng China Enterprises Index is down 1.65%. The Shanghai Composite fell 0.75%, while Shenzhen Component Index dropped 0.69%.

The yuan’s offshore rate fell 0.6% to 7.234 per US dollar. The onshore rate, trading within its tightly controlled domestic market, recovered slightly by 0.38% at 7.1905.

According to Bloomberg, Goldman forecasts a 30% probability of China reopening before the second quarter of 2023, with a chance of a “disorderly” exit. The unrest could force the government to move faster in adjusting its zero-Covid strategy, according to Teneo Holdings LLC.

Information for this briefing was found via Bloomberg, CNN, BBC, CNA, and the sources and companies mentioned. The author has no securities or affiliations related to this organization. Not a recommendation to buy or sell. Always do additional research and consult a professional before purchasing a security. The author holds no licenses. 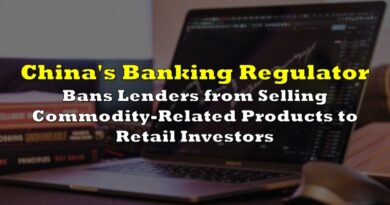 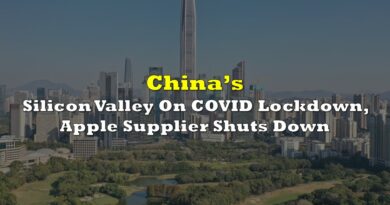 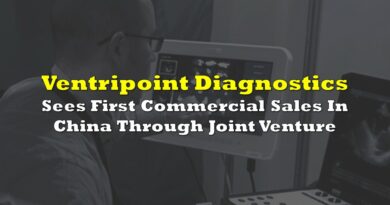