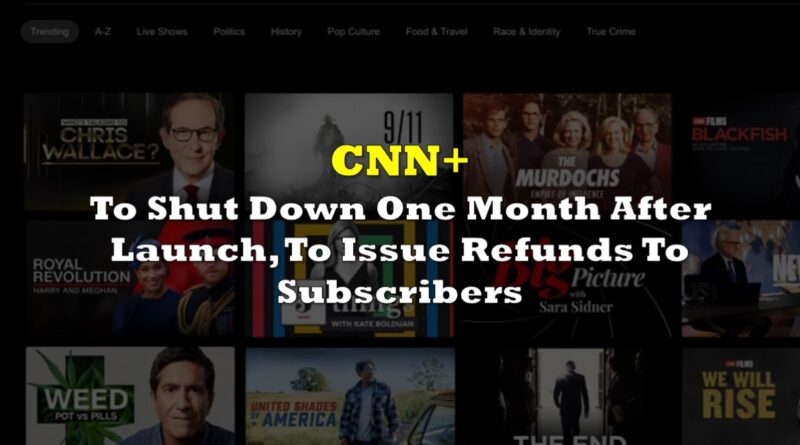 It has not been a good week for streaming platforms. CNN+, the news subscription streaming service of CNN, will close its operations on April 30, just a month after its launch in March.

Warner Bros. Discovery CEO David Zaslav’s plan is to bring together all of the company’s brands under one streaming platform. This may include some of CNN+ programming, while the others will move to CNN’s main television network.

“In a complex streaming market, consumers want simplicity and an all-in service which provides a better experience and more value than stand-alone offerings, and, for the company, a more sustainable business model to drive our future investments in great journalism and storytelling,” Perrette said in a statement.

When the service was launched, it was announced that CNN+ “hired hundreds of people and developed dozens of shows.” Barely a month later, hundreds of staffers face the possibility of losing their job.

In an internal memo, Licht said that “all CNN+ employees will continue to be paid and receive benefits for the next 90 days to explore opportunities at CNN, CNN Digital, and elsewhere in the Warner Bros. Discovery family.”

Those who will not be absorbed within the Warner Bros. Discovery family will receive a minimum of six months’ severance, the incoming CEO added.

Licht reassured staffers at the meeting on Thursday that the closure was a result of a realignment of plans: “It is not your fault that you had the rug pulled out from underneath you.” He said that while it was an “incredibly successful launch,” the platform was just not compatible with the plans of Warner Bros. Discovery.

Andrew Morse, the executive vice president in charge of CNN+ and all of CNN’s digital businesses, resigned from the company prior to the announcement. He will end his nine years at CNN after a transition period. Alex MacCallum, head of product and general manager of CNN+, will head CNN Digital. He will be working with Licht to determine the company’s leadership strategy.

The company announced that CNN+ customers who’ve already subscribed to the platform will be receiving prorated refunds of their subscription fees.

Information for this briefing was found via CNN and the sources mentioned. The author has no securities or affiliations related to this organization. Views expressed within are solely that of the author. Not a recommendation to buy or sell. Always do additional research and consult a professional before purchasing a security. The author holds no licenses. 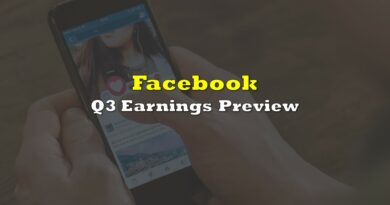 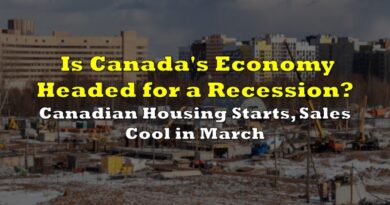 Is Canada’s Economy Headed for a Recession? Canadian Housing Starts Cool in March 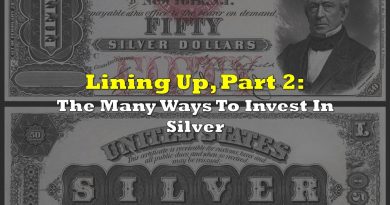