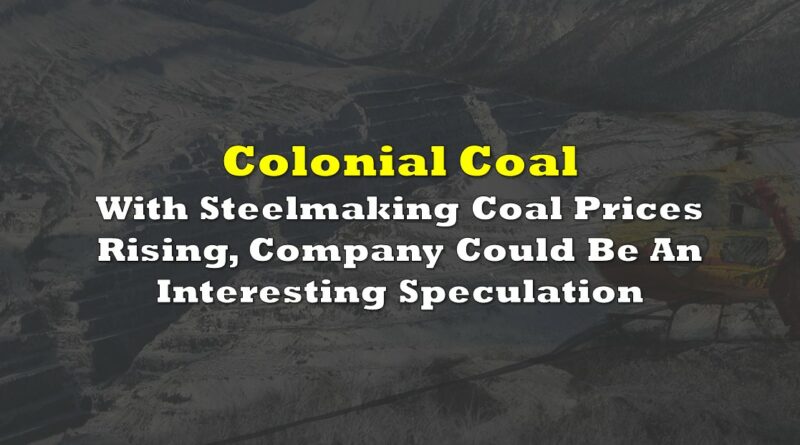 On its October 27 3Q 2021 earnings conference call, Teck Resources Limited (NYSE: TECK), one of the largest met coal producers in the world, noted that met coal prices were US$602 per tonne on September 30, 2021, and are even higher today. Prices have literally quintupled over the last twelve months.

Some of the reasons for this astonishing move include:

In the spring of 2020, Australia’s prime minister called for an investigation into the origins of COVID-19, and China bristled at this call. In response, China imposed economic restrictions on Australia, including a reported order to stop accepting Australian coal imports in October 2020 and possibly before. For many years, Australia had supplied substantial quantities of coking coal to China’s steel mills.

Colonial Coal’s stock market valuation is just over US$400 million, or about US$0.58 per tonne of met coal resource. This represents a substantial discount to the two most recent corporate transactions in the met coal industry: a 2019 Hancock Corporation takeover of Riverdale Resources, both private Australian companies, at a price of US$2.68 per tonne of resources; and Bathurst Resources’ 2018 acquisition of a 50% stake in a met coal project in British Columbia, which equated to a US$1.86 per tonne purchase price when fully funded.

Both transactions occurred when met coal prices were much lower than today.

Clearly, the stock market has reflected some of the improving fundamentals in Colonial Coal’s share price. It was trading below C$1.00 per share as recently as early September but now trades around C$2.86. However, if the company were able to sell its coal properties at close to the multiples discussed above, Colonial Coal’s share price could be repriced much higher.

We note the stock has been extremely volatile over the past few trading days, first rising 35% in two days and then retreating more than 20% over the same period. Presumably, these outsized moves reflect rumors regarding the status of negotiations.

Of course, if Colonial Coal were to announce that it has withdrawn from negotiations to sell its properties, the stock would likely react negatively.

Colonial Coal could be an interesting speculation on perhaps the most rapidly appreciating commodity in the world. If the company were to sell some or all of its coal resources at a price close to previous corporate transactions, the stock could trade substantially higher.

One thought on “Colonial Coal: With Steelmaking Coal Prices Rising, Company Could Be An Interesting Speculation” 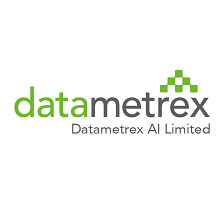 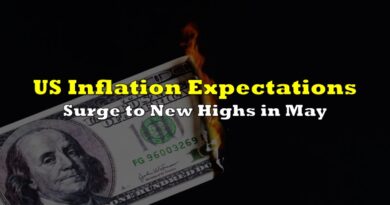 US Inflation Expectations Surge to New Highs in May 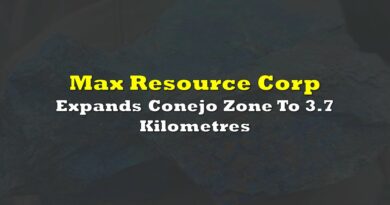