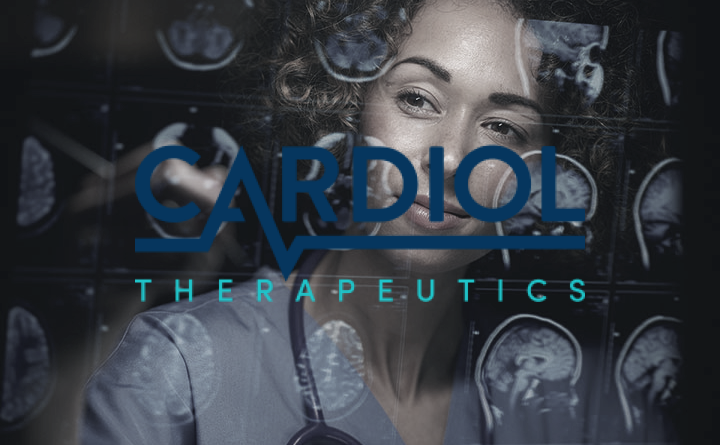 Overall, we believe that Cardiol Therapeutics (C$144M Market Cap) could turn into a market darling with the scale to produce pure-quality pharmaceutical CBD, at lower costs than the rest of the market, resulting in strong margins. They also have interesting drug development programs that could make them quickly comparable to companies such as GW Pharma (C$6.79B Market Cap) and MyoKardia Inc (C$2.97B Market Cap).

Cardiol was founded in late 2016 by David Elsley (CEO and President), Dr. Anthony Bolton (Director of Research), Dr. Eldon Smith (Chairman and CMO), and Terry Lynch (Director), who have decades of experience in developing companies in the medical space.  After a study published in the Journal of the American College of Cardiology showed the promise for CBD as a potential treatment for heart failure, the team established an organization and research network focused on developing the most advanced form of this important medicine and new innovative ways to deliver it to patients and consumers.

“After reading this study, I said, ‘this is fascinating, we need to develop this drug for heart disease.’”

The company has two main strategies:

Cardiol has research partnerships with global leaders in nanomedicine and heart disease at leading university centers, such as the University of Alberta (Canada), the DeBakey Heart & Vascular Center (U.S.), and TecSalud del Tecnológico de Monterrey (Mexico).

Cardiol has developed unique manufacturing expertise in the production of pharmaceutical cannabinoids in support of its 2019 commercial product launch and its nanotherapeutics program in heart failure.  Cardiol’s lead pharmaceutical cannabidiol product, CardiolRx, will address a significant proportion of the total medicinal cannabinoid market. The company intends to commercialize its CardiolRx formulation during H2/2019 in two concentrations – 50 mg/ml CBD and 100 mg/ml CBD.

Cardiol’s pharmaceutical CBD will provide the Company with a significant near-term revenue opportunity.

Glioblastoma multiforme (GBM) is a fast-growing tumor that develops from star-shaped glial cells (astrocytes and oligodendrocytes) that support the health of the nerve cells within the brain. It is the most malignant and deadly form of cancer of the central nervous system in humans. Death results from the rapid, aggressive, and infiltrative growth of GBM cells in the brain.

Cardiol Therapeutics has set up the following supply chain:

Noramco is a spinoff of Johnson & Johnson and is now the largest manufacturer of controlled substances for the pharmaceutical industry. Based out of Wilmington, Delaware, Noramco produces the materials for medicines used to treat attention deficit hyperactivity disorder, pain, addiction, and for abuse-deterrent formulations. They help companies like Cardiol leverage intellectual property to devise the most efficient routes to Active Pharmaceutical Ingredients (APIs), delivering DEA-compliant security and production capacity, from kilos to multi-ton supply.

Who is Dalton Pharma?

Demand for CBD within Canada

According to Frontier Research, the Canadian demand for medicinal cannabinoids is expected to grow to north of C$2B by 2020. This creates a very significant opportunity for Cardiol, given their patented pharmaceutical CBD that gives them the ability to produce CBD at a cost and scale that will be unmatched in the industry.

We created a basic model for Canada, looking at various scenarios in terms of penetration rate and average sales per customer, with a Canadian population of 37.06M. Under this model, we can see that if CBD sales hit a 10% penetration rate with each customer only spending an average of $20 per month, the Canadian CBD market would be approximately $1.8 billion.

In the event CBD sales can clear anything close to a penetration rate north of 5% at $20/month/customer, pharmacies will treat CBD as a major priority. It would not be a wild assumption to believe that they will prefer a 100% pure pharmaceutical CBD product that can retail at a cost advantage to competitors. Cardiol has hired personnel to help them target the top pharmacy chains in Canada.

To give some context on the rate of growth of the market, we can look at the year-over-year growth rates of two U.S.-based CBD extracts companies:

Three interesting comparables we would like to address are:

It is difficult to find a direct comparable to Cardiol. If the expectation is that pharmacies will have a preference to carry 100% pure CBD, it is likely that Cardiol will be a market leader in CBD in their three target markets: Canada, Mexico, and Germany. They will not be able to introduce CardiolRx in the U.S. at the present time as the current regulations do not allow pharmaceutically-produced CBD, but this could change in the future as regulations governing CBD continue to evolve rapidly.

Cardiol is one of a handful of companies in the public markets working on cannabis-based clinical trials.

We chose MyoKardia, a company that is working on precision medicine and has just completed phase II clinical trials for the treatment of symptomatic obstructive hypertrophic cardiomyopathy, as an interesting comparable.

Generally, the purpose of phase I clinical trials is to determine if a drug or procedure is safe. Given that cannabidiol  has an excellent safety profile, we feel it is quite likely Cardiol will enter phase II clinical trials for CTX01 and CRxIMT within the next 6–12 months, making MyoKardia an interesting comparable to Cardiol.

One of the major factors separating Cardiol from your typical Cannabis story is the management team. This team has contributors who combined have built billions of dollars in shareholder value with past endeavors. The management summaries are as follows:

Cardiol has a very closely held share structure, with management, insiders, and strategic pharmaceutical partners owning over 40%.  The capital structure is broken down as follows (as of 04/22/19):

Cardiol has a significant insider ownership position, with management owning nearly 26.5% of the company:

Cardiol has some great upcoming potential catalysts over the next 12 months, including the CardiolRx launch (H2/19), the commencement of Heart Failure clinical trials (H2/19), and the GBM phase 1 trial (H1/20). Cardiol has a proven management team that rivals anyone in the business. In addition, they have a tight share structure, with relatively small future capital expenditure requirements all of which are fully funded.

Cardiol has partnerships with recognized global leaders in pharmaceutical manufacturing. They have world-class research and development partners and IP that could make them a global leader in pharmaceutical CBD. Something we talk about at length at The Deep Dive is how few companies there are that pass a basic three-question invest-ability test: 1) are they a great operator? 2) are they shareholder friendly? and 3) are they strong capital allocators? We feel that Cardiol strongly meets all these criteria and feel that as more investors discover their story, their share price should react positively.

FULL DISCLOSURE: Cardiol Therapeutics is a client of Canacom Group, the parent company of The Deep Dive. The author has been paid for this work and may or may not own shares of the company. Not a recommendation to buy or sell. Always do additional research and consult a professional before purchasing a security.