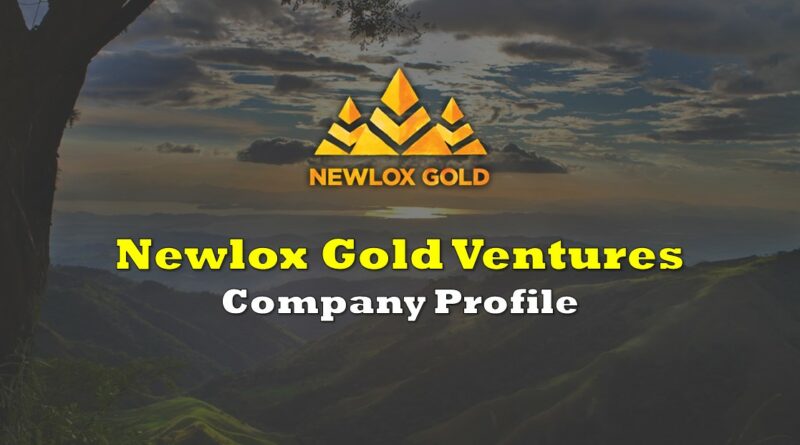 Newlox Gold Ventures (CSE: LUX) is a unique gold name within the Canadian small cap space. The company, based in Canada, is focused on environmental remediation which effectively has the byproduct of gold production. The result, is that it is thereby a rarity in the junior mining space – it also classifies as an ESG operation.

Our investment thesis can be broken down into the following key points:

Overall, the Deep Dive sees the potential for one of the largest gold rushes in decades as a result of the current macro environment. Operators such as Newlox Gold, whom are producing gold in a continuously improving gold environment, will see the economics of their projects continually improve as a result of these macro events while they remain focused on their core operation.

When it comes to juniors within the mining space, regardless of the metal that is being searched out, there is one common problem that we hear among investors: risk. Inherently, there is a large risk in any junior explorer whom has taken the time to acquire property in search of high grade or bonanza grade metals, which is simply that the metal may not be in the ground as perceived or hoped. For this, the juniors are typically punished in the form of small market caps until they manage to prove out a sizable resource.

But what if this process could be avoided? The process of spending millions of dollars to determine a viable resource, the endless financings to fund such operations, the years of waiting for production (or a potential buyout) to hopefully one day occur. While a practical solution to this problem rarely presents itself, Newlox Gold Ventures might have just the fix for this tedious process.

Newlox Gold has managed to set itself apart from its junior peers in a way that many probably did not think would be possible. Rather than focus on assembling a big resource estimate, the company went right to work with production. Instead of focusing on massive resources, large budgets, and huge production facilities, Newlox has instead decided to focus on small mine operations. Artisanal, in fact – while also placing an emphasis on environmental remediation.

This might seem counterintuitive, and out of place in the world of capital markets, but let us explain.

Newlox Gold is focused on what is known as artisanal tailings remediation. Effectively, they are able to produce gold with a positive environmental impact, thanks to some technological advancements. The company is currently focused on operating in Costa Rica, where they have partnered with all the major local mining cooperatives in the area, covering over 30 mining sites. Essentially, they have agreements in place to re-process artisanal tailings, which will remove contamination in the material while the company benefits from the recovery of gold and silver at remarkably low capital and operating costs.

The working model for Newlox Gold is rather simple when compared to its peers. Rather than focus on greenfield property exploration like many of its peers, the company instead has elected to go where they already know gold exists – artisanal tailings. Through the reprocessing and remediation of artisanal tailings, and the toll milling of artisanal mined ore, the company is able to provide a net benefit to the environment while also generating a hefty return.

On average, artisanal miners are effective at removing roughly 40% of the gold content found within mined ore. This means that over half of the gold remains in an artisanal mine tailings. As a result, these tailings remain highly mineralized, while two of the most important and costly aspects of ore processing – crushing and grinding – are effectively complete, with only minimal further grinding being required.

Yet, these tailings pose a problem for the environment as a result of high mercury content from artisanal processing methods, while also effectively being waste for artisanal miners.

The current business model as a result sees Newlox purchase feedstock for its small-scale processing facilities. This feedstock is acquired at low rates, and purchased via tailings supply agreements currently in place with local artisanal mining cooperatives that cover over 30 mining sites. Purchased on a per-truckload basis, the tailings are sampled and assayed at its in-house lab prior to purchase to ensure the feedstock achieves the required 9 g/t gold cut-off.

Once fully processed by the company, the gold is then poured into dore bars and sold off. All told, the company has cash costs of gold production of just US$600 per ounce as per the latest investor deck. In a rising gold environment, with gold currently trading with a spot price of roughly US$1,850, this represents an excellent return on production costs.

This method of gold production overall results in low capital costs for its small processing facilities, while also resulting in sub-one-year payback timeframes for the operations. Each new facility is budgeted to have capital costs of roughly US$2.0 million, while commissioning is expected to take approximately 6 months. Facilities have been designed by the company to be “cash cows” with the company budgeting for over $8 million in planned revenue per year per project to strongly support organic growth.

Globally, artisanal mining accounts for 20% of annual gold production as per the Artisanal Gold Council, while also accounting for roughly 90% of the global mining workforce. Artisanal mining has effectively become a great tool to lift people out of poverty, while also promoting development. While a net benefit in a lot of respects, the downside to artisanal mining is that typically, artisanal miners only have a 40% recovery rate of gold. Further, chemicals are used to extract the gold from the ore, which can create environmental issues. Most commonly, mercury is used to extract the gold, which is then left residually in the rock, posing a problem for governments.

Newlox however is able to remove the mercury that is left behind by these artisanal operators. Their tailings remediation as a result actually makes their gold production a net benefit to the environment, which is unheard of in the mining industry. Essentially, the company processes the tailings to remove this contamination, while also conducting gold recovery at a rate of up to 91% recovery. The benefit here, is that the majority of gold is actually left behind in the tailings from artisanal operations, enabling the company to focus on processing feedstock that has a cut-off grade of 9 grams per tonne.

The process was developed by the company in conjunction with the University of British Columbia, where the company worked closely with Norman B. Keevil’s Institute of Mining Engineering. Specifically, the two firms worked to establish socially and environmentally responsible tailings solutions. The research was conducted via a two-stage R&D program, with the second study successfully increasing flotation recovery to the aforementioned 91% gold recovery, with in-field results nearing lab results.

Active studies remain ongoing as well, with the company last year forming Newlox Research & Development Corp to further facilitate research. The first study is focused on a 12 month program whereby the company will study Organic Aqua Regia technology, which if successful would result in a non-toxic and water-free alternative to cyanidation for gold and precious metals recovery. Current tests have resulted in 90% gold recoveries.

The first facility implemented by Newlox is found in the heart of the Costa Rican gold belt, where it is the only foreign operator in the country. Referred to as the “Switzerland of Latin America,” the country has experienced an uninterrupted democracy since 1948, while being the most politically stable country in the region.

The plant, first established a year ago before experiencing the struggles of the pandemic, is now in operation and scaling to full scale production. The facility has been designed to process 80 tonnes per day of feedstock at full capacity, while operating with a minimum 9 g/t cut-off for feedstock material. At full-scale, this in turn allows for annual gold recovery of 6,500 ounces, while operating with cash costs of US$600 per ounce.

Here, the company has an in-house lab to test samples from historical stockpiles, while also assaying any feedstock prior to purchase. The model here is for the company to acquire feedstock from artisanal operators, process it, and retrieve gold from the tailings.

Gold pouring recently occurred at the property, marking the return of revenue generation for the facility and the company, while full scale operation is expected to commence in the second quarter of 2021.

The second processing facility being built by Newlox has been labeled as “the Boston Project.” The project is located in the historic Juntas Gold Camp of Costa Rica, where mining dates back to the early 1900’s, with over 2.0 million ounces of gold having been produced in the region.

Designed to be larger than the first facility, the Boston Project upon completion will see a facility capable of processing 150 tonnes per day of feedstock, with material inputs expects to grade in excess of 15 g/t gold. Gold recovery is anticipated to be 90%, based on results from the first facility.

The working model here will be slightly different however, with the company effectively working as a tolling operator. All feedstock is to be provided by Newlox’s artisanal partners in the region, with profits (not revenues) shared evenly between the parties.

Holding two degrees from McGill University, in the fields of the environmental determinants of human health and political science, Ryan heads up the day-to-day operations of Newlox. Having served in the role since 2015, he has been a key player in the development of the company into a junior gold producer. Past experiences include working in the field with geologists and mining engineers, both underground and on surface, at processing facilities and exploration sites in Latin America.

A chartered accountant since 2005, Jeffrey currently wears two hats within Newlox, where he serves as the CFO as well as the head of the firms Oro Roca operations, the firms central operations in Costa Rica. His responsibilities as a result effectively include all local operations, as well as the financial aspects of the firm. Jeffrey has extensive mining experience, with over a decade of experience in Latin America alone.

At The Deep Dive, we like gold. Typically, we focus on junior gold explorers within the space. However, Newlox, whom is a producer currently priced like an explorer, offers an interesting risk/reward profile relative to that of its junior peers. With the company slated to continue opening processing plants on a rough timeline of every six months while anticipating average annual revenues of $8 million per facility, we feel the company offers an excellent risk/reward profile given the prospects for continued growth.

Further, it’s unique ESG perspective in a space typically looked down upon for environmental concerns offers a differentiated opportunity than that of its peers. For this, overall we feel that the company offers an attractive risk/reward profile. 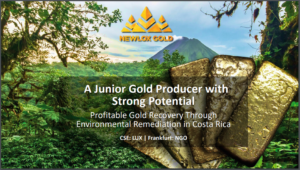