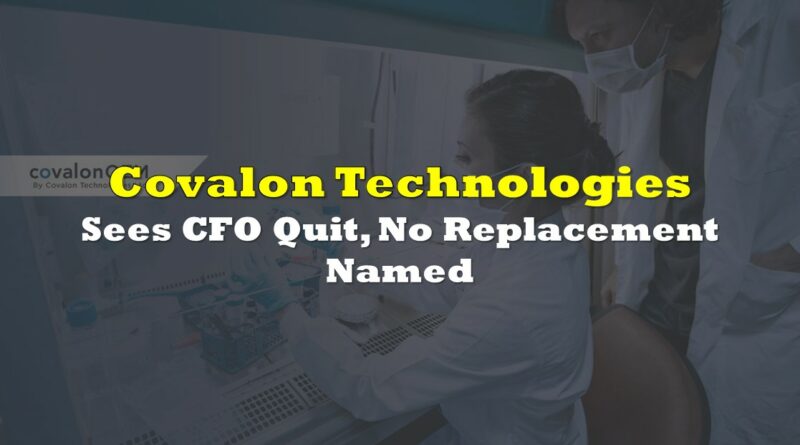 What better time to announce the departure of your chief financial officer, than the day before Christmas when the Canadian markets are only open for half a day? That’s seemingly what Covalon Technologies (TSXV: COV) thought, whom announced just that this morning.

The company has seen Danny Brannagan, the firms CFO, leave the company next month to “pursue other endeavours.” His departure follows the firm selling off AquaGuard, a major asset of the firms, for US$30 million earlier this year, as well as the stepping down of a director in late September.

Brannagan had been in the role since November of 2015, after having joined the firm in November 2014.

A replacement for the role has not yet been identified, with the firm intending to appoint an as of yet unnamed interim officer in the meantime.

Covalon Technologies last traded at $2.46 on the TSX Venture.