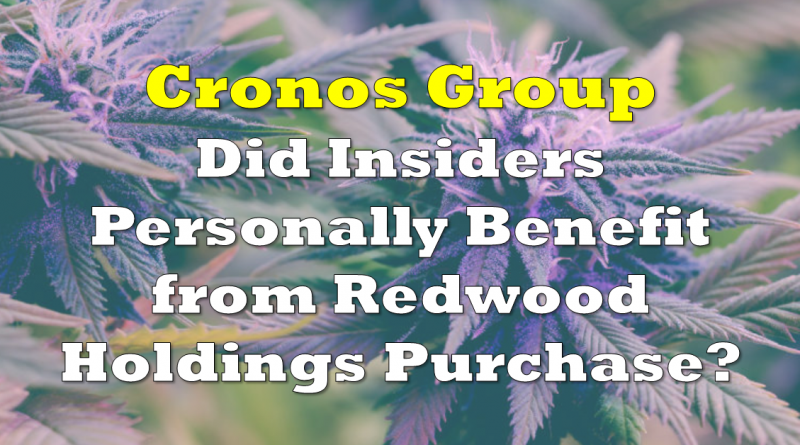 The thread that began to unravel the potential insider transaction was that of Mike Gorenstein filing with SEDI an acquisition of shares in Cronos Group related to a take-over bid, merger or acquisition. In total, 2,067,241 shares were acquired by the Cronos Group CEO via indirect ownership, at a price of C$14.74 each. The total value of the shares comes in at approximately C$30.47 million.

Under the terms of the acquisition, Cronos Group acquired the four subsidiaries of Redwood at a price of USD$300 million, of which approximately US$225 million was composed of cash. This left US$75 million worth of the transaction to be paid via shares. Gorenstein and Adler’s indirect ownership amounts to roughly 30.87%. Using a similar figure for the cash portion, this would result in approximately US$69.45 million being paid indirectly to that of Gorenstein and the other associates at Gotham Green Fund 1 LP.

What’s more, it appears that the only disclosure related to the transaction and the connection Gorenstein had to the assets was via a filing in recent financial statements wherein it indicates in subsequent events related to the transaction, “A Special Committee composed entirely of independent directors of the Company was formed to evaluate and make recommendations to the Board of Directors was established since Michael Gorenstein, Chief Executive Officer and a director of Cronos Group, and Jason Adler, a director of Cronos Group, each hold an indirect interest in Redwood Holding Group, LLC by way of their interest in certain funds affiliated with Gotham Green Partners, which are each limited liability company members of Redwood Holding Group, LLC.”

//UPDATE – It appears that the data relating to Gorenstein’s and Adler’s position within Redwood was filed at the back of a material change report that was filed on August 2, 2019, the date of the initial announcement. This however, was not, included within any press release issued by the firm to the best of our knowledge.

Cronos Group is currently trading at $11.51 on the Nasdaq.

Information for this briefing was found via Sedar and Cronos Group. The author has no securities or affiliations related to this organization. Not a recommendation to buy or sell. Always do additional research and consult a professional before purchasing a security. The author holds no licenses. 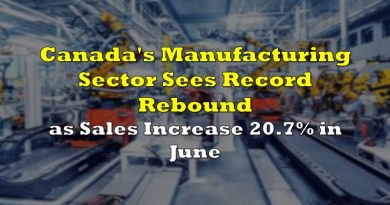 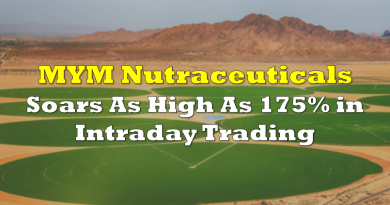