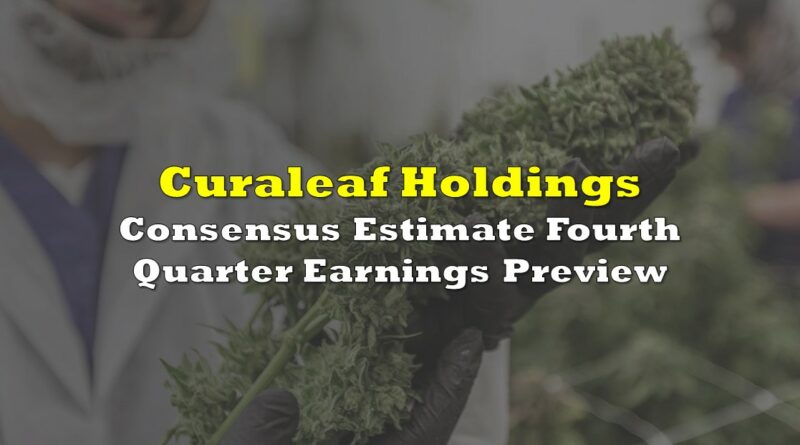 Curaleaf Holdings (CSE: CURA) announced that they will be reporting their fourth quarter and year-end financials post-market on March 9th. Analysts have a consensus C$25.14 12-month price target on the company, via a total of 14 analysts, with four analysts have strong buy ratings and the other ten have buy ratings. The street high comes from BTIG with a C$35 price target, and the lowest target comes from MKM Partners with an C$18 price target.

Thirteen analysts have revenue estimates for the fourth quarter. The mean between all 13 is U$238.32 million; this number has been slightly revised downwards from U$239.07 million at the start of the year. Haywood currently has the highest revenue estimate with U$240.40 million, while the lowest comes from Needham & Co with a U$235 million estimate.

For the full year, the average estimate between 14 analysts is currently U$635 million. This number has had up and down swings but is the same mean estimate from the start of the year. The street high comes from Haywood with a U$637.58 full-year revenue estimate.

Onto EBITDA estimates, there are currently 15 analysts who have fourth-quarter EBITDA estimates. The mean is currently U$51.61 million, with this number being revised downwards from U$55.55 million at the start of the year. Street high goes to Stifel-GMP with a U$56.20 million EBITDA estimate and the lowest being Alliance Global with a U$44.92 million estimate.

For the full-year, the current EBITDA mean across 15 analysts is U$142.10 million, with this number being revised downwards from U$145.89 million at the start of the year. Cormark currently has the highest full-year estimate at U$155.10 million. 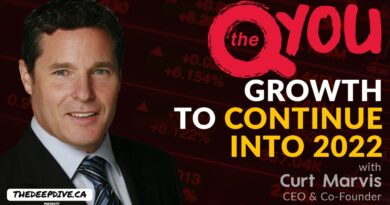 QYOU Media: Growth To Continue Into 2022 – The Daily Dive 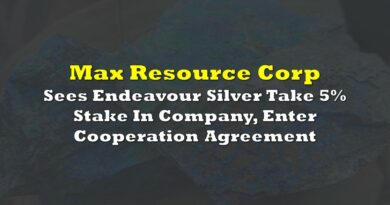