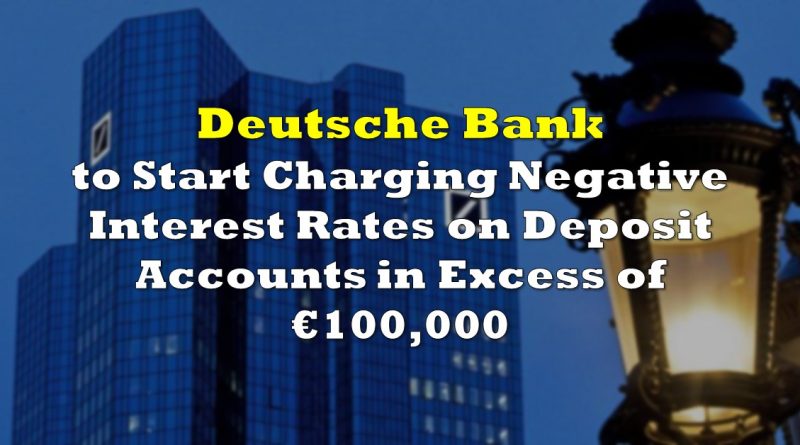 Negative interest rates have been here for a while in some regions. Despite this, banks have been reluctant to charge savers these negative rates to encourage further deposits. It appears this trend is coming to an end however. Deutsche Bank, which is one of the largest banks in the world, has finally made a proactive salvation for itself by commencing custody fees for all new accounts depositing more than €100,000 effective May 18, 2020.

Back in 2014, the European Central Bank (ECB) introduced negative deposit rates as a move to incentivize financial institutions to increase lending, as well as encourage wealthy individuals and businesses to actively spend their money rather than hoard it in banks. However many European banks, including Deutsche Bank, decided to only transfer the negative rates to their top wealthiest corporate clients, and spare the smaller savers as a move to discourage depositors from simply taking their savings elsewhere.

As a result of Deutsche Bank sparing its smaller clients from custody fees, the financial institution ended up owing hundreds of millions of Euros worth of penalty fees to the ECB in just 2019 alone. However, amid the coronavirus chaos, Deutsche Bank has found itself in financial difficulty, and will now start relaying ECB’s -0.5% deposit rate on all new accounts that have more than €100,000 as a move to spare itself further penalties beginning on May 18.

As a result of Deutsche Bank’s compliance with negative deposit rates, account holders will either have to pay the bank to hold their money, or pull out their funds and spend them on assets: or, if they’re really feeling adventurous – bury millions of Euros in their backyard (or, their microwave?) to later uncover on a rainy day.

Information for this briefing was found via Bloomberg, Zero Hedge, and the Guardian. The author has no securities or affiliations related to this organization. Not a recommendation to buy or sell. Always do additional research and consult a professional before purchasing a security. The author holds no licenses.

4 thoughts on “Deutsche Bank to Start Charging Negative Interest Rates on Deposit Accounts in Excess of €100,000” 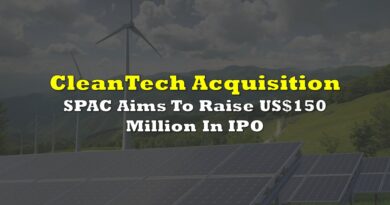 SPAC CleanTech Acquisition Aims To Raise US$150 Million In IPO 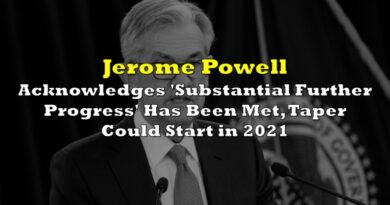 Jerome Powell Acknowledges ‘Substantial Further Progress’ Has Been Met, Taper Could Start in 2021 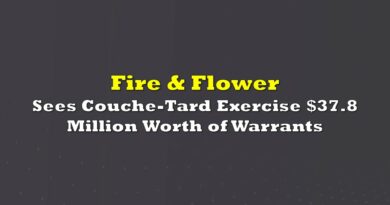