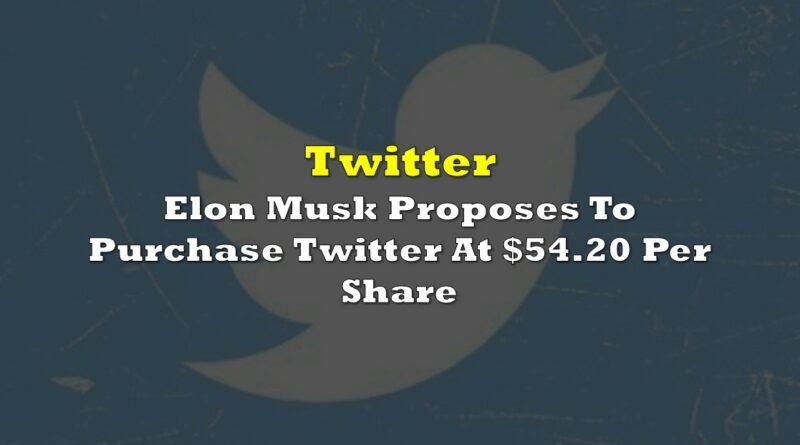 Fresh off declining a position on the Twitter (NYSE: TWTR) board of directors, likely due to the requirement of a background check and limits placed on his future ownership, Elon Musk appears to be striking back. This time, he’s gunning for a hostile takeover of the company.

It was revealed this morning that Musk is apparently looking to acquire a 100% stake in the social media company, rather than just the 9.1% stake he currently has. He reportedly delivered a letter to the company yesterday, which contained a non-binding proposal to acquire all the shares in the company that he doesn’t presently own.

The proposition consists of an all-cash offer to acquire the remaining shares at a price of $54.20 per share, which is a 54% premium from the date at which Musk began purchasing shares in the company, and a 38% premium over the share price as of April 1, which was the last trading day before his stake was announced. However, that premium drops to just 18.2% relative to yesterday’s closing price. The figure works out to an estimated value of $43.0 billion.

The proposal is said to be non-binding in nature, and is conditional upon serval items, including government approval, confirmatory due diligence, the negotiation and execution of a definitive agreement, and a required financing.

Musk reportedly also stated, in his typical egotistical fashion, “My offer is my best and final offer and if it is not accepted, I would need to reconsider my position as a shareholder.” He then continued, “Twitter has extraordinary potential. I will unlock it.”

The company has since responded, stating that it will “carefully review the proposal to determine the course of action that it believes is in the best interest of the company and all Twitter Stockholders.

Information for this briefing was found via Edgar, Twitter and the sources mentioned. The author has no securities or affiliations related to this organization. Not a recommendation to buy or sell. Always do additional research and consult a professional before purchasing a security. The author holds no licenses. 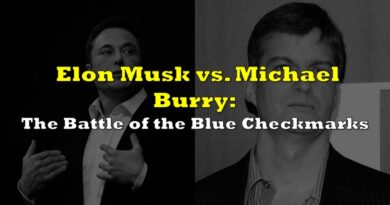 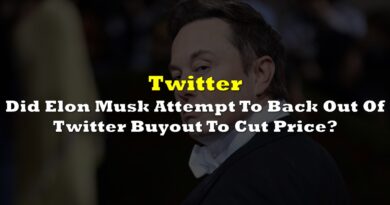 Did Elon Musk Attempt To Back Out Of The Twitter Deal To Cut The Price? 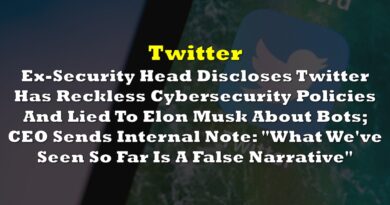