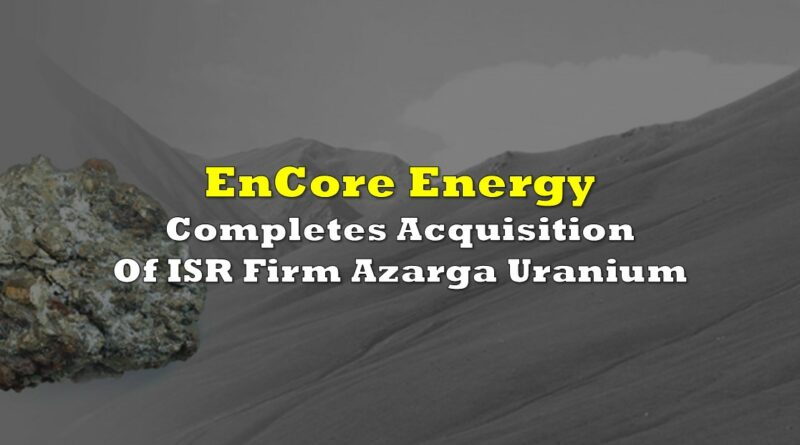 EnCore Energy Corp. (TSXV: EU) announced today the completion of the previously announced acquisition of Azarga Uranium (TSX: AZZ). The move is said to be another step in consolidating “an industry-leading pipeline of exploration and development stage in-situ recovery uranium projects.”

The acquisition sits on a large resource base, with 90 million uranium pounds in the measured & indicated categories and 9 million pounds in the inferred category.

As previously announced, the company is acquiring all outstanding Azarga shares at 0.375 EnCore shares per Azarga share.

The acquisition is the firm’s second in 12 months, citing its aggressive M&A strategy to create “a leading ISR uranium producer” in the United States.

Part of EnCore Energy’s portfolio is the advanced-stage Dewey Burdock development project in South Dakota, in which Azarga has its initial development priority for an ISR uranium project.

The companies are currently securing consent from the U.S. Nuclear Regulatory Commission for a change of control over the Dewey Burdock property. Following the consent, the firm plans to appoint a director from Azarga’s board to its own.

Azarga shares are expected to be delisted from the Toronto Stock Exchange within 2 to 3 trading days.

EnCore Energy Corp. last traded at $1.60 on the TSX Venture. 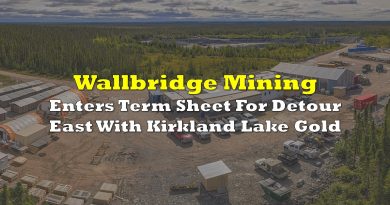 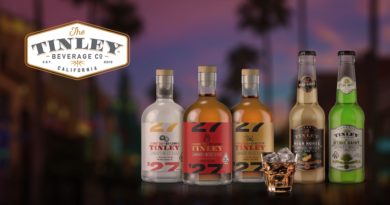 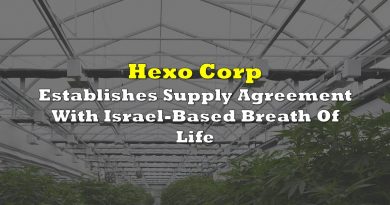