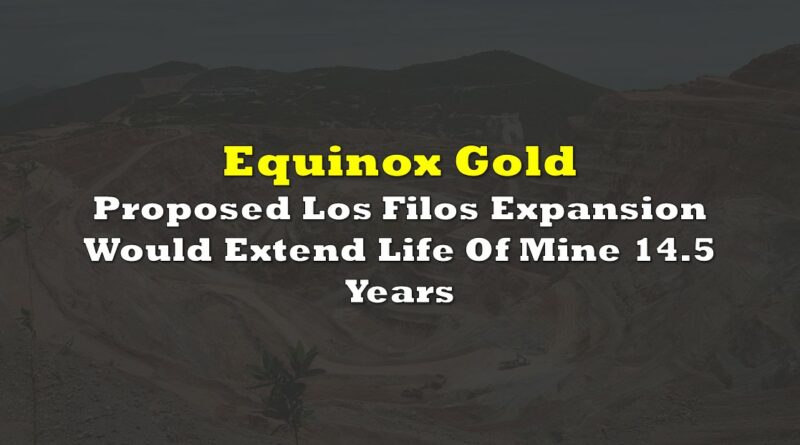 Equinox Gold (TSX: EQX) is looking to expand its Los Filos Mine Complex in Mexico. The firm this morning released the results of a feasibility for a proposed expansion, which highlights that the company could expand the life of mine by 14.5 years via the continued development of the Bermejal Underground deposit, along with the construction of a 10,000 tpd carbon-in-leach processing plant.

The feasibility study outlines that the expansion would result in gold production of 280,000 ounces per annum from 2023 through to 2036. Peak production, set to occur from 2025 to 2030, would amount to up to 360,000 gold ounces per year. The estimated all-in sustaining costs for the mine meanwhile are pegged at $1,081 per ounce, while the life of mine gold production would be in the neighbourhood of 3.97 million ounces.

Overall, the expansion is said to have an after tax NPV with a 5% discount of $625 million, representing an internal rate of return of 26%. Those estimates are based on $1,675 per ounce gold.

Equinox has not yet made a decision to proceed with the expansion, with the proposed processing plant expected to take 18 months to construct, once a decision has been made.

“Any decision to proceed with the Los Filos expansion will be made considering the operating stability in the region, market conditions and availability and cost of capital. Equinox Gold is currently focused on construction of its Greenstone Mine in Ontario, Canada, and advancing the permitting to expand its Castle Mountain Mine in California, USA,” commented CEO Greg Smith.

Notably, however, the company made an application to Mexico’s federal electricity commission utility for the additional energy that would be required to run the processing plant. 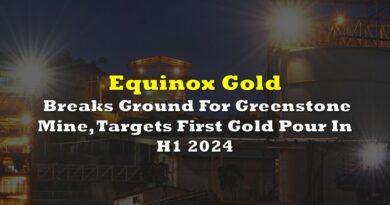 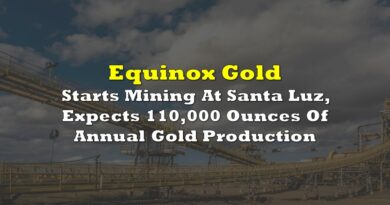 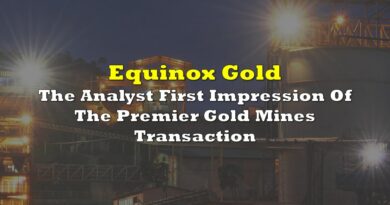