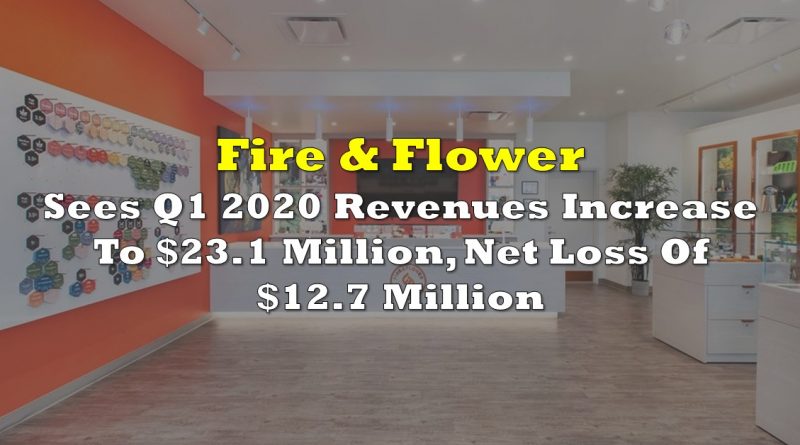 Fire and Flower Holdings Corp (TSX: FAF) last night filed their first quarter financial results for the thirteen weeks ended May 2, 2020, posting revenues of $23.1 million, up from $16.8 million in the fourth quarter of 2019, and a net less of $12.7 million.

Revenues were up significantly on a quarter over quarter basis, displaying the strength the company showed in sales despite the coronavirus pandemic which occurred squarely in the middle of the firms first quarter. Gross profit came out to $7.5 million during the quarter, however it was still not enough to even come close to covering operating expenses of $17.2 million during the quarter, despite expenses having fallen from $24.7 million in the fourth quarter.

Expenses largely consistsed of $8.9 million in general and administrative, $4.3 million in impairments, and $3.0 million in depreciated and amortization. Impairment of assets was related to “restructured locations” and the writedown of capital assets for leases. Outside of operating expenses, the company had $6.7 million in financing costs as well as a gain on a derivative liability during the quarter of $3.6 million.

Looking to the balance sheet, Fire and Flower saw its cash position increase from $22.9 million during the quarter to $48.7 million, largely due to a $19.9 million debenture conducted during the quarter and positive operating cash flows of $7.0 million – a function of unpaid payables. Receivables fell from $4.2 million to $3.2 million, while inventory grew from $5.9 to $7.1 million. Total current assets increased to $62.2 million from $43.0 million.

Fire and Flower Holdings last traded at $0.75 on the TSX. 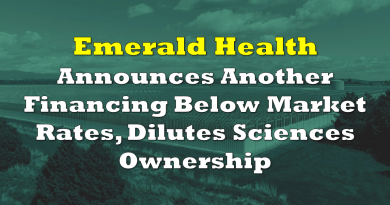 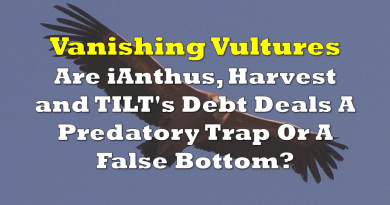 Vanishing Vultures: Are iAnthus, Harvest and TILT’s Debt Deals A Predatory Trap Or A False Bottom? 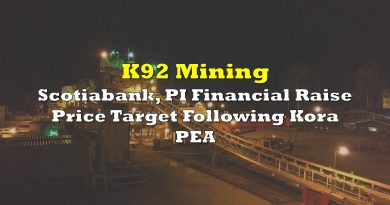