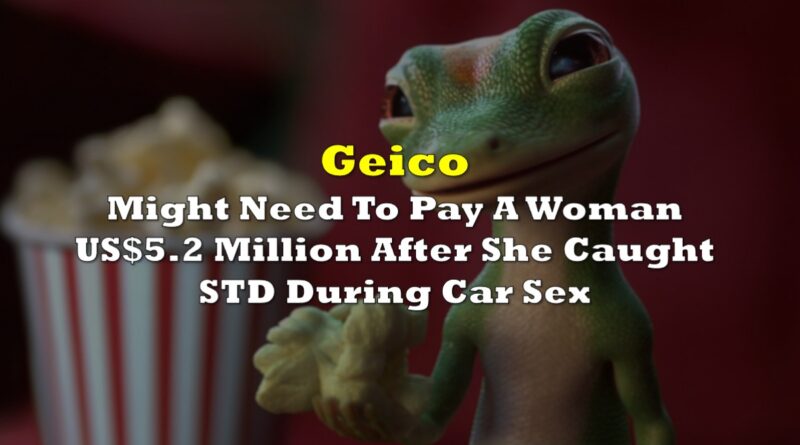 Surely, Geico’s “an insurance company for your car and more.” Or at least that is what a Jackson County woman wants it to be after Missouri’s court of appeals upheld a US$5.2 million judgment against the insurance company.

The woman, identified in court documents only as “M.O.,” claimed that she unknowingly caught HPV, or the human papillomavirus, after having unprotected sex in a car insured by Geico.

M.O. notified the insurer that she was seeking monetary damages in February last year. Geico declined the settlement, and the case went to an arbitrator.

In May 2021, an arbitrator from the Jackson County Circuit Court ruled that her former romantic partner was liable for not disclosing that he had STD, and said that having intercourse in the car “directly caused, or directly contributed to cause” to M.O. contracting the disease.

Geico sought to undo the arbitration, arguing that the judgment was not done in line with Missouri law. According to the insurer, the man’s policy covered only injuries that come “out of the ownership, maintenance or use of the … auto.” They said that M.O.’s injuries “arose from an intervening cause — namely, her failure to prevent transmission of STDs by having unprotected sex.”

But the three-judge panel agreed with the circuit court in an opinion published this week. “At the time of Geico’s intervention, liability and damages had been determined by an arbitrator and confirmed by the trial court,” Court of Appeals Judge Edward R. Ardini Jr. wrote. “Geico had no right to re-litigate those issues.”

According to the Kansas City Star, Geico is “contesting the idea that the claim is covered under its insurance policy” in federal court. What happens in this federal court case could determine whether the company will be forced to settle the US$5.2 million in damages.

Information for this briefing was found via Kansas City Star and the other sources mentioned. The author has no securities or affiliations related to the organizations discussed. Not a recommendation to buy or sell. Always do additional research and consult a professional before purchasing a security. The author holds no licenses.