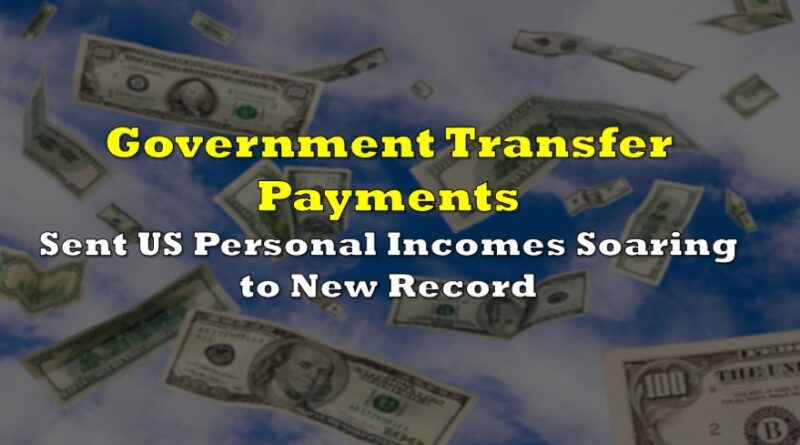 US Household incomes soared by the most on records dating back to 1946, as an unprecedented amount of government stimulus drove a strong increase in consumer spending.

According to the latest figures published by the US Department of Commerce on Friday, personal income jumped 21.1% in March, marking a sudden turnaround from the 7% decline noted in February. The increase in household incomes also comes amid a rebound in consumer spending, which rose 4.2% last month— the largest increase since June 2020. At the same time, the household savings rate climbed from 13.9% to 27.6% in March.

However, although the change in the headline figures was certainly distinguished, what is far more profound was the data depicting just how reliant Americans have become on the US government. Personal Transfer Payments, which are any sort of government income such as welfare checks, unemployment benefits etc., skyrocketed to a whooping annualized $8.1 trillion, which was not only twice the $4.1 trillion noted in February, but also $5 trillion higher than pre-pandemic levels of $3.2 trillion.

To put it into context, putting the $8.1 trillion in government transfer payments aside, personal income excluding government handouts remained essentially unchanged from last year’s level of $16 trillion. Looking at the big picture, the impact of the government transfer payments is becoming increasingly evident, especially following the $900 billion stimulus package approved in December and then the $1.9 trillion spending bill enacted in March.

To put the situation into even further perspective, during the 1950s and 1960s, transfer payments stood at around 7%. Then, in the 1970s, the figure increased to the low teens, after the Nixon presidency ended Bretton Woods. That number increased once again to the high teens following the financial crisis. Now, however, the figure sits at a staggering record 34% following the Covid-19 pandemic.

Information for this briefing was found via the US Department of Commerce. The author has no securities or affiliations related to this organization. Not a recommendation to buy or sell. Always do additional research and consult a professional before purchasing a security. The author holds no licenses. 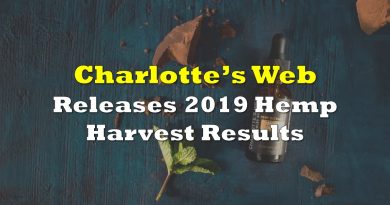 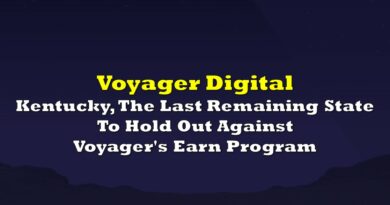 Kentucky, The Last Remaining State To Hold Out Against Voyager’s Earn Program 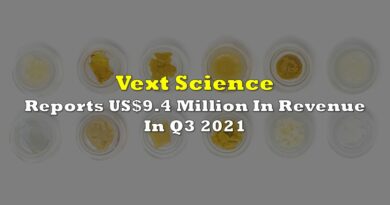