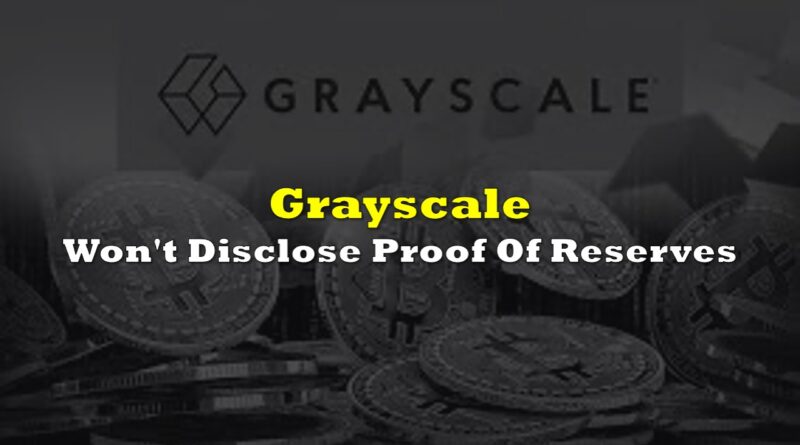 Grayscale Bitcoin Trust (OTCQX: GBTC) categorically said in a statement that it won’t publish information on its proof of reserves for the world’s largest bitcoin fund.

“Due to security concerns, we do not make such on-chain wallet information and confirmation data publicly available through a cryptographic Proof-of-Reserve, or other advanced cryptographic accounting procedure,” the firm said in its statement.

Grayscale’s holdings lost almost half of its value today, with bitcoin trading at around 45% discount.

The firm, however, reiterated that “the holdings of Grayscale’s digital asset products are safe and secure,” adding that balances are reflected in historical public filings and have been evaluated by third-party auditors.

“The organizational documents governing each of Grayscale’s digital asset products, as well as the custodian agreement with Coinbase Custody, prohibit the digital assets underlying the products from being lent, borrowed, or otherwise encumbered,” the crypto firm also noted.

In a tweet, Grayscale acknowledged that neglecting to give proof of reserves would be a “disappointment to some,” but added that “panic sparked by others is not a good enough reason to circumvent complex security arrangements” that have kept its investors’ assets “safe for years.”

Reportedly, Digital Currency Group owes Genesis around $1.1 billion “via a previously undisclosed promissory note that has been hidden from potential investors.” The crypto investment firm is believed to be at risk with this exposure as the debtor’s loan could possibly not be extended and will most likely be required to be returned sooner than expected.

Following FTX’s implosion and subsequent bankruptcy procedures, which revealed that customer assets were lent to sister hedge fund Alameda Research for investing in risky bets, numerous crypto exchanges have rushed to issue proof-of-reserve audits in order to allay investor fears about the safety of their funds.

The SEC rejected in June Grayscale’s application to establish a spot Bitcoin ETF, highlighting concerns about market manipulation. It purported that the proposal lacks in ensuring protections for the investors.

Information for this briefing was found via Coindesk and the companies mentioned. The author has no securities or affiliations related to this organization. Not a recommendation to buy or sell. Always do additional research and consult a professional before purchasing a security. The author holds no licenses. 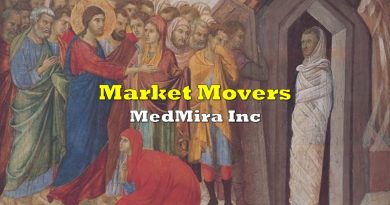 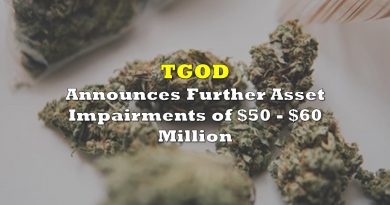 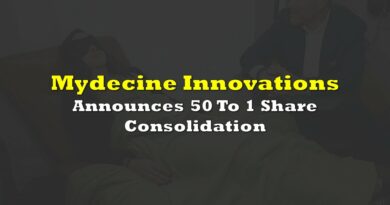