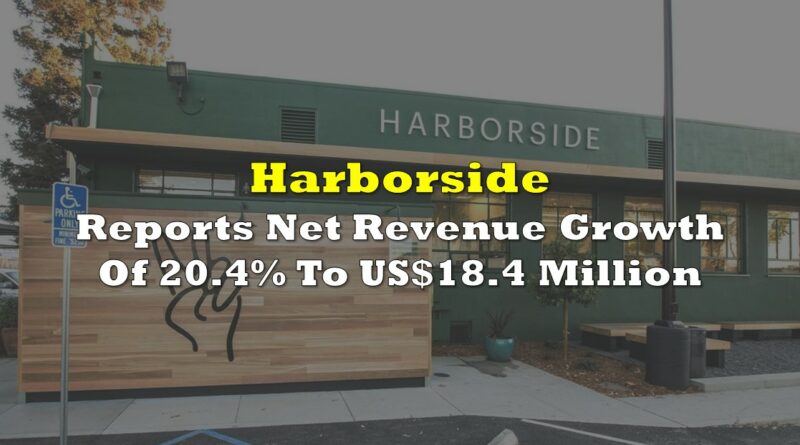 Harborside Inc (CSE: HBOR) yesterday evening filed its third quarter financial results, reporting net revenue of US$18.4 million, a 20.4% increase from the prior quarter. On a gross basis, the company reported revenues of $19.6 million, beating prior guidance of $18.5 million. A net loss of $2.4 million was also reported for the quarter, along with positive adjusted EBITDA of $4.5 million.

Revenue growth largely came from wholesale revenues, which rose from $5.2 million in the prior quarter to $8.9 million in the current quarter. The increase is said to be largely a result of operations at the firms Salinas Farm being kicked into high gear, with improved harvest yields and production of premium flower. Retail revenue was essentially flat, coming in at $10.7 million, as compared to $10.9 million in the second quarter.

Cost of goods sold on a combined basis from the retail and wholesale operations meanwhile came in at $8.9 million, resulting in a gross profit before biological adjustments of $9.5 million. Operating expenses meanwhile totaled $7.8 million, a slight increase from the $7.1 million in operating expenses recorded in the comparable period.

Expenses largely consisted of general and administrative fees of $4.1 million, down from $4.5 million last quarter. Professional fees were the second largest bucket in the category at $2.6 million, followed by share based compensation of $0.6 million and depreciation and amortization at $0.3 million.

Other income meanwhile saw an interest expense of $1.4 million, as well as other income of $0.1 million. Combined with an income tax expense of $1.8 million, the company reported a net loss of $2.4 million for the three month period.

Looking to the balance sheet, cash and cash equivalents were down marginally, from $13.6 million to $13.3 million, while accounts receivable climbed to $1.6 million from $1.3 million. Inventory declined however, from $4.5 million go $3.3 million. Finally, prepaid expenses climbed from $1.1 million to $2.0 million. Overall, total current assets came in at $21.2 million, as compared to $21.9 million in the second quarter.

On the other side of the balance sheet, accounts payable declined from $18.2 million to $17.9 million, while income tax payable increased slightly from $6.0 million to $6.2 million. The big story here remains with that of Harborside’s provisions, which increased from $37.4 million to $38.2 million, and are related to ongoing tax liabilities currently being fought in the courts. Interim CEO Peter Bilodeau addressed these issues directly with us, in a video aired yesterday afternoon. Total current liabilities overall amounted to $62.9 million, as compared to $62.2 million in the prior period.

Commenting on the financial results, Interim CEO Peter Bilodeau stated, “We’ve implemented strong operational improvements that have continued our progress towards long term profitability and sustained growth. Harborside continues to be one of the leaders in the Northern California market. As our production capacity is expected to ramp up in early 2021, following the completion of the planned upgrades at our Salinas greenhouse facility, we expect to be well-positioned to accelerate our growth and continue to gain wholesale market share.“

In terms of the outlook for the company, Harborside indicated that it is estimated a more historical pattern of revenues, with combined gross revenues estimated to be between $11 and $12.5 million, along with EBITDA nearing break even.

FULL DISCLOSURE: Harborside Inc is a client of Canacom Group, the parent company of The Deep Dive. The author has been compensated to cover Harborside Inc on The Deep Dive, with The Deep Dive having full editorial control. Not a recommendation to buy or sell. Always do additional research and consult a professional before purchasing a security. 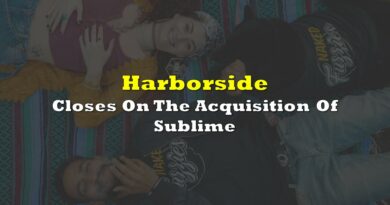 Harborside Closes On The Acquisition Of Sublime 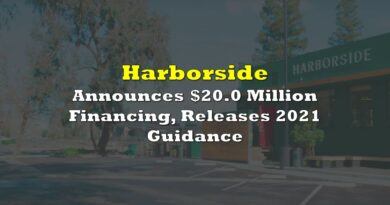 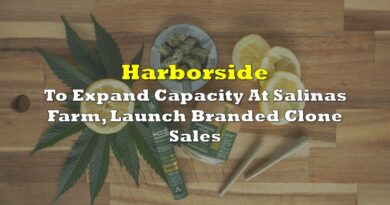