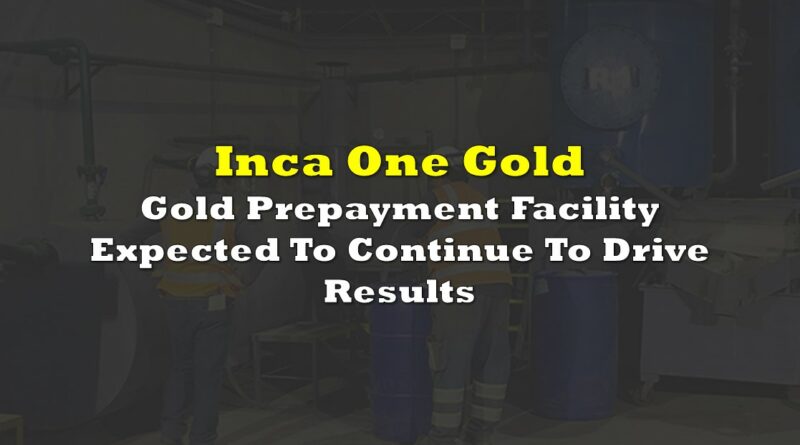 When it comes to the gold market, presently, headwinds are rather less than exciting. With the metal currently unable to return to new high’s that were hit last summer, the sector has, understandably, been hit with the doldrums. But that’s not to say that good opportunities don’t exist within the space as it stands today.

One such example, would be Inca One Gold (TSXV: INCA). A metal processor based in Peru that is focused on working with artisanal miners, the firm has been hit with two negative tailwinds over the the last several months, despite neither of those tailwinds actually having an impact on the firm operationally. The first, the loss of interest in the gold market by investors, is well known across the sector, and has been felt by any operator touching the metal. The second, is the election cycle that saw a less than favourable candidate elected to helm the country.

In terms of these two headwinds, the first hardly has to be acknowledged at this point. Despite endless money printing globally, gold and silver are perhaps the two commodities that have stopped moving to the north, and instead have sputtered over the last several months. How long this continues is a gamble at best – but that isn’t to say that the present pricing is tough on producers by any stretch, with record or near-record revenues constantly being announced every quarter by operators.

The second, headwind, the election in Peru, is more specific to Inca One than other players in the global metals market. Earlier this year, the country elected Pedro Castillo as President, the seventh President in the last decade, and the fourth President in a matter of twelve months. He won with just 50.13% of the popular vote.

A left-winger, Castillo lists his careers as a schoolteacher, and union leader, along with being a politician. With political views so far left that he has had to emphasize that he is not communist, its fair to say that certain sectors in the country were reasonably worried about their future. However, on the topic of mining, he supports the industry “where nature and the population allow it,” however he desires to increase taxation where possible. Effectively, he has come to the realization that the industry is a major driver in the country for employment.

Despite these two headwinds, the operations of Inca One appear to be thriving – the company has produced record results this year in terms of monthly production, with production set to only increase as a result of recent events.

The month of May for the company saw some of the strongest production figures in history for the company, with 3,538 tonnes of ore being processed, resulting in an average of 118 tonnes per day, and a total of 2,219 ounces of gold produced, with the latter being a 94% month over month increase.

Production in June faired even better, marking a new record for the company – 5,183 tonnes of ore processed, beating a prior record set in December 2019 of 5,177 tonnes. The average per day processing during the month meanwhile worked out to 173, more than double the 86 tonnes per day processed in March 2021.

The significant scaling of production is largely attributed to what the company refers to as a US$2.45 million gold prepayment facility, which it received in March. The facility effectively enabled the firm to acquire the working capital required to purchase the ore needed for processing, resulting in significant growth for the operation. While that loan was shorter-term in nature with repayment occurring this past summer, the notable aspect is that such a low figure was able to drive production in a meaningful way.

Fast forward a few months to August 2021, and the company has secured a much more meaningful gold prepayment facility – US$9.0 million – with much more favourable terms. The arrangement provides for up to $6.0 million in initial capital, which the firm can use to scale its operations immediately, through the purchase of further ore to be processed.

The company as a result has indicated that it intends to maintain production at a range between 175 to 225 tonnes per day, thereby providing consistency to its results, with the target of achieving profitability.

This level of production is significant. In the prior fiscal year, the firm averaged around 100 tonnes per day of production beginning in the second quarter. For the full year, the firm processed 31,656 tonnes of ore, which ultimately translated to revenues of US$30.1 million for the year ended April 30, 2021. The firm is well on the path to improving these figures for fiscal 2022, having produced 27.5% of this annual figure in just two months this year.

From a valuation perspective, things appear to be slightly “out-of-whack,” if you will. With a market capitalization of C$12.59 million as of Friday’s close, and 2021 revenues of C$38.8 million, the gold processor is trading at 0.32x topline revenues – an anomaly in a market so focused on stretched valuations based on topline results.

If history is any indication, the multiple on Inca One may become even more wild if the latest prepayment facility continues to deliver for the company.

Inca One Gold last traded at $0.34 on the TSX Venture. 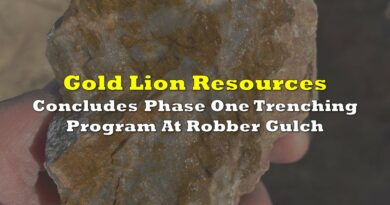 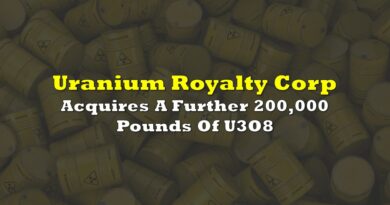 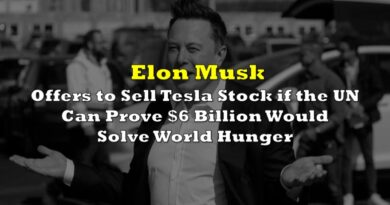