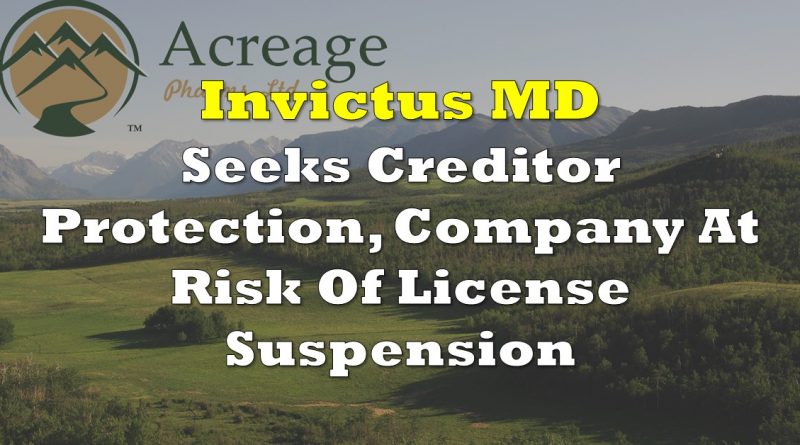 Following yesterday mornings halt of Invictus MD Strategies (TSXV: GENE), the company announced after hours that it would be proceeding with creditor protection as a result of the default on its currently outstanding loan with that of ATB Financial.

The default, which was for a monthly interest payment of $180,000, has resulted in ATB Financial demanding the return of the loan, which then propelled Invictus into that of creditor protection proceedings. In total, the issuer currently has approximately $10.6 million currently outstanding on the loan which it is unable to pay. With it being secured debt, ATB has issued a notice of intent to enforce security on that of Acreage Pharms.

The proceedings, for whom PricewaterhouseCoopers has been selected to act as the monitor, have outlined several problematic areas for Invictus.

The petition filed with the court by Invictus outlines a company that appears to have continuously failed on executing at every turn. The company outlines that phase three of its cultivation facility was originally anticipated to be operational by the first quarter of 2019 – yet construction has yet to be completed on the facility due to a lack of funding. What is operational however, is currently growing poor genetic material and as a result market demand has dropped significantly due to low potency., which has resulted in revenues decreasing 20% as a result.

If thats not enough, the company itself is simply out of money – at the current point in time, Invictus doesn’t have the cash to continue to pay employee wages. Employees of Acreage Pharms as a result haven’t been paid since December 31, 2019 – approximately six week. If this wasn’t enough, the firms debts are currently over 150 days past due, and the company still owes $5.2 million to New York based marketing company Authentic Brands.

Finally, the firms Health Canada cannabis licenses are now being put at risk as well, with scheduled inspections for license renewal that were to take place this month being postponed, likely because the company can’t pay anyone to be on site at the time of inspection. Key employees required for the inspection are unable to be paid, and cash flow positive operations are not expected for another sixteen weeks, resulting in a high risk of employee departure. Without these key employees, Acreage’s status with Health Canada is at risk of suspension.

The stress of the situation appeared to have been too much for interim CEO and current COO Mark Ripa, who will resign from the company and its subsidiaries effective February 14, 2020. Ripa will remain on the board of directors to assist with the transition, however a replacement has not been named.

Invictus MD Strategies last traded at $0.12 on the TSX Venture.

Information for this briefing was found via Sedar and Invictus MD Strategies. The author has no securities or affiliations related to this organization. Not a recommendation to buy or sell. Always do additional research and consult a professional before purchasing a security. The author holds no licenses. 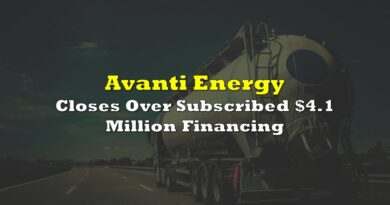 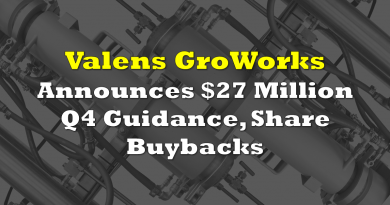