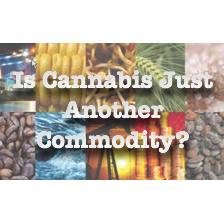 Recently there has been a chorus of investors claiming that cannabis is just another agricultural commodity, similar to corn, and therefore will never generate genuine economic profits for firms and investors. One hit piece released this weekend by a short seller goes as far as saying that cannabis companies have a 90% downside from current levels, and are only worth the replacement value of their physical assets.

But is this true? Should the cannabis sector be viewed exactly like corn or wheat? Is it simply another boring agricultural commodity with no differentiation between producers and brands?

Is Cannabis Just Another Commodity Sector?

This is the sub-sector of cannabis that absolutely is a commodity. It is primarily cultivated for the fibers to be used in clothing, building materials, etc. Here we see little to no difference between producers, and the focus is not on quality, branding, or differentiation. This is basic farming for material to be used as an input in other products and carries little potential for outsized profits. But recently we have started to see a change in the hemp sector as a new and potentially more lucrative sub-sector has arisen: the CBD market.

In the last few years a new market for non-psychoactive cannabinoids has grown exponentially as people began to discover the myriad of health benefits of CBD oil. In this area we see some crossover between industrial hemp and the medical cannabis sub-sector. Most—but not all—CBD oils and products are sourced from industrial hemp.

The aesthetics of the plant, such as appearance, aroma, taste, etc. are unimportant because it is only being farmed to have the CBD extracted out of it to be used in other products. However, once that oil is extracted and transformed into CBD-enriched value-added product, the commodity factor disappears and the branding and product differentiation efforts of firms determine the profitability of the products.

The farmers of hemp are absolutely producing a commodity. However the firms creating and selling CBD health and wellness lifestyle products are not commodity producers, and the ability to capture outsized profits will vary from firm to firm. To call the CBD companies commodity firms would be like calling Coca-Cola a commodity firm because high-fructose corn syrup is an ingredient in Coke.

The latest trend is for CBD focused firms to actually grow the hemp themselves and perform the extraction to develop their products. Should they be viewed strictly as commodity producers? The answer isn’t completely cut and dry, but if Coca-Cola owned the farms that produce the corn for the syrup, I doubt investors would start referring to the Coca-Cola portfolio of brands as a boring commodity company.

The genuine medical sub-sector bears little resemblance to a commodity. I say genuine because all cannabis has medical use, even in smoked flower form and often times the difference between medical and recreational cannabis comes down to how it is labeled. But, I am referring to cannabis designed and marketed for specific medical treatments. Just like in the CBD market there can be crossover with the commodity aspects if the THC is being extracted by itself for use in creams, ointments, tablets, transdermal patches, etc.

However, medical cannabis also goes way beyond just THC and CBD. There are breeder’s cross-breeding cannabis strains to produce very specific ratios of not only cannabinoids like THC and CBD, but to generate unique terpene profiles which are now believed to influence the effects of cannabinoids. Terpenes are what give cannabis its aromas and flavors. Terpenes occur all over in nature and are the reason lemons smell like lemons, and are also the reason some cannabis strains smell like lemons—or pine, fuel, cherry, grape, etc.

If firms are breeding cannabis to produce very specific cannabinoid and terpene profiles, and then extracting the ingredients for use in formulation with other additives to produce highly-refined products for treatment of specific ailments, they hardly bear any resemblance to corn farmers. To compare them to basic agricultural commodity producers is misguided. It would be more accurate to compare them to pharmaceutical companies or over the counter drug and supplement manufacturers.

No doubt, this is the sub-sector that has garnered the most attention from investors in recent years. This is also the sub-sector most often under attack from bears yelling “commodity!” Let’s have a look and see if it should best be compared to corn.

The first question we should ask is if there are substantial differences from producer to producer in the products they are breeding and growing. The answer is yes, absolutely. Not only are there literally thousands of strains of cannabis with incredible variation across the genetic spectrum, but the exact same strain can vary widely when cultivated by different growers with different methods and conditions.

As noted earlier, the variation is truly incredible. Nearly every flavor you can imagine can be produced by the cannabis plant. Many people often mistakenly believe that this is because of some additive, but that is not the case. The naturally occurring terpenes in the cannabis plant are the same ones found throughout the plant kingdom. Certain cannabis genetics carry different terpene profiles, and through selective breeding, new flavors and smells can be created. This alone can be an incredible differentiator among firms.

Cannabis also comes in a wide range of potencies due to varying levels of cannabinoids from strain to strain. Furthermore, due to different growing techniques, these levels will also vary from grower to grower, as noted earlier even with the same strain. Much to the surprise of many people, premium quality cannabis is very difficult to produce at scale consistently. This is not like planting a field of corn. The idea that all cannabis is the same, and that there is no way to differentiate from producer to producer, is false.

On top of this, the tastes and preferences of modern cannabis consumers have evolved considerably from the days of stoners buying whatever is available. When I owned my medical cannabis dispensary in Colorado, I never once had a single customer come in and say “I don’t care, just give me whatever, it’s all the same”. While it is true that for some consumer’s price is the most important factor, it’s like that with every product imaginable. Far more often, my customers wanted to know which strains I carried, what methods were used to grow it, was it organic, etc. Some go for the most potent, some search out certain flavors, some are enamored with the color and appearance, and some will be attracted by a clever or appealing name. The point is, they have discerning tastes and preferences and absolutely do not view it all as being the same.

In addition, just like most areas of business, firms are attempting to create brands that their consumers identify with. Virtually no one has a favorite corn company, but millions of people have a favorite brewer, distiller, or winery. We already see this happening in the cannabis sector. Brand loyalty is already being created and we have barely begun to get this sector off the ground in Canada and the US.

After taking an honest look at all facets of the cannabis sector, the absurdity of lumping it together and comparing it to corn becomes apparent. It is far more accurate to compare the recreational cannabis market to alcohol and the medical market to pharmaceuticals.

The opportunities for differentiation are nearly endless. Firms are creating genuine lifestyle brands, and consumers have tastes and preferences that vary drastically. Like the trend in everything else humans consume, they are evolving towards demanding greater variety and quality.

While it is true that certain areas of the sector are commoditized or soon will be, to say that the cannabis sector as a whole is just another agricultural commodity, and therefore has no chance for economic profit, is to make a drastic misjudgment and pass up the amazing opportunity that is being presented. That would be like saying there is no profit in alcohol or pharmaceuticals.

The idea that a cannabis companies only value the cost of replacing the physical assets is just absurd. The people making these claims do not understand the sector. In closing, don’t think of cannabis investing as getting in on early stage corn farming, view it as investing in alcohol at the end of prohibition or a pharmaceutical company with a promising new treatment. 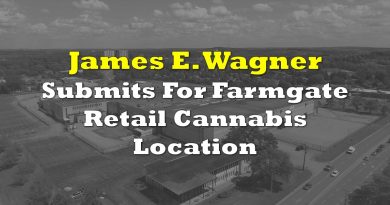 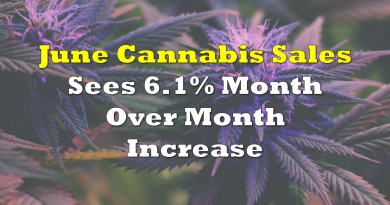 Ravenquest Biomed (CSE: RQB) has cut staff and reduced expenditures as it becomes the latest public cannabis issuer to attempt

PowerBand Solutions (TSXV: PBX) is progressing towards operationalizing its cloud-based platform for automotive transactions, announcing this afternoon that the company

Premier Health Strengthens Board of Directors