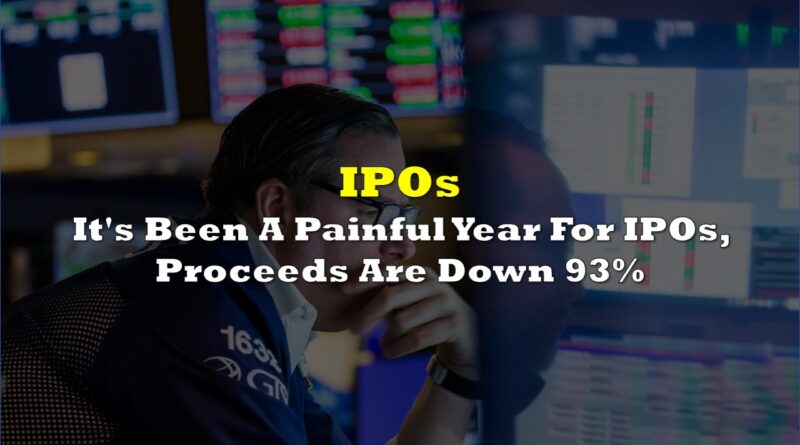 It hasn’t been a good year for companies going public  — uncertainty from mounting recession fears and market volatility is taking its toll.

S&P Global in October reported a huge dip in initial public offering (IPO) activities worldwide in Q3, with data showing IPOs were fewer by 45% compared to the same period the year before. The total amount offered in these IPOs also plummeted by almost US$73 billion.

Lynn Martin, president of the New York Stock Exchange, said last week that IPO proceeds were down 93% compared to the year before. Martin attributes the massive slowdown to uncertainty and “a lot of different forces that are impacting markets.”

As heartrending as the figures sound, it’s also important to note that these are coming from 2021’s ceiling-shattering highs that were largely propelled by the explosion of special purpose acquisition companies (SPACs).

READ: The End Of An Era: Chamath Palihapitiya Winds Down Two SPACs

These days, post-SPAC boom, companies are holding back on or rethinking their plans to go public.

“Our pipeline is tremendous — the reason companies aren’t coming to market is because [of] all the volatility,” said Martin.

S&P Market Intelligence data show that 393 IPOs launched around the world in the third quarter, marking the second-lowest number since the second quarter of 2020, or right when the pandemic shut the world down.

In the United States, there were only 29 IPOs that launched in the third quarter with valuation totaling a mere $2.72 billion, marking the lowest results so far. As recession fears continue to climb and markets continue to be volatile, analysts aren’t optimistic enough to call the bottom on IPOs yet.

Exchange-traded funds (ETFs) are having a moment, though. Martin says ETF issuance may see another record this year. “We’ve already done about 250 ETFs this year that have come to market, and we have a tremendous pipeline for December,” she said.

Information for this briefing was found via S&P Global, Reuters, and the sources and companies mentioned. The author has no securities or affiliations related to the organizations discussed. Not a recommendation to buy or sell. Always do additional research and consult a professional before purchasing a security. The author holds no licenses. 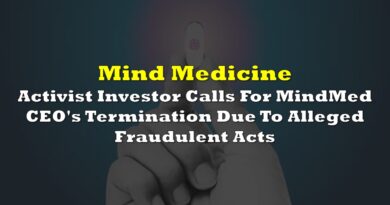 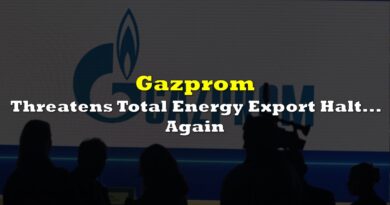 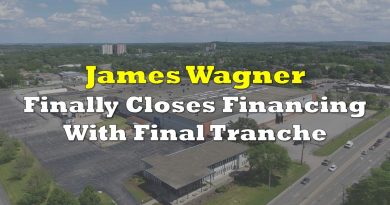