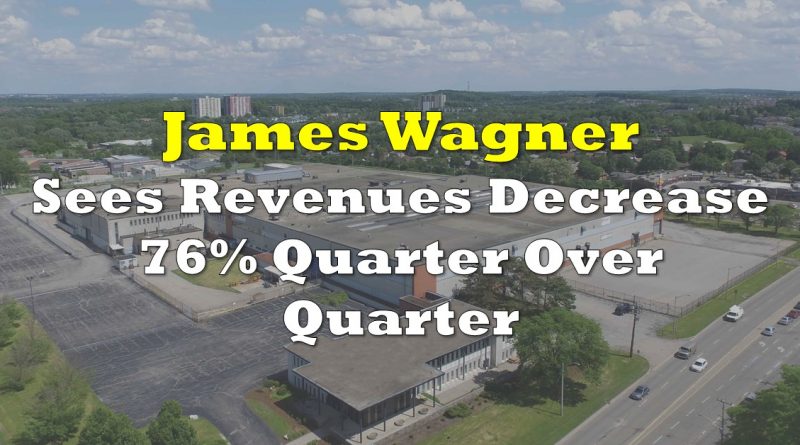 James E. Wagner Cultivation (TSXV: JWCA) announced their fiscal fourth quarter results for the period ended December 31, 2019 this morning, reporting a significant quarter over quarter and year over year revenue decline. Total revenues for the three month period came in at $236,600, a 76% decrease from the firms fourth quarter results of $1.02 million.

As per this mornings news release, the decline in revenue was largely due to “management’s response to market conditions and the strategic decision to defer sales to the second quarter to maximize the revenue potential and gross margin of produced goods.” The filed MD&A this morning added further colour, highlighting that product was held back as a means of selling it into the recreational market as well as processing it into 2.0 products which is expected to begin in the current quarter.

Expenses were up on a quarter over quarter basis despite the cratering of revenues during the quarter. Operating expenses came in at $2.4 million, a 43% increase over the fourth quarters $1.7 million in expenses. Expenses largely consisted of general and administrative of $2.12 million, for which figures were not broken out by the company. The loss for the quarter came in at $1.1 million, thanks in part to a positive adjustment for biological assets.

In terms of cash flow, investors were able to see a glimpse into why James Wagner has so desperately raised cash over the last several months. The company saw a negative operating cash flow of $3.0 million, as well as a negative investing cash flow of $0.5 million. This was offset by positive cash flow from financing activities of $2.5 million, despite the company raising $3.8 million during the quarter. The firms cash position was reduced to $0.3 million as a result, as compared to $1.2 million at the end of the fourth quarter.

In terms of the balance sheet, things aren’t looking the best for James Wagner at the moment, unless the recreational market proves to be a success for them. The company current has a total of $12.0 million in the form of current assets, however that consists of $6.7 million in inventory, and $3.6 million in biological assets. At current sales levels, there is many, many quarters worth of inventory sitting in the company vaults.

For comparison, James Wagner’s current liabilities are sitting at $6.2 million. Current liabilities consist of $2.7 million in accounts payable, and $3.5 million in current portions of long term debt. While posting a positive working capital, if the company is unable to translate its inventory to sales the firm is expected to struggle to cover current debts.

James E Wagner last traded at $0.19 on the TSX Venture. 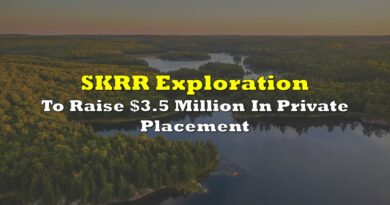 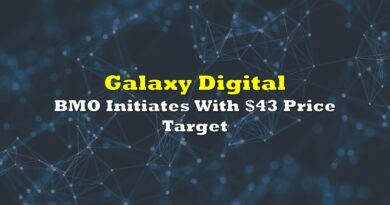