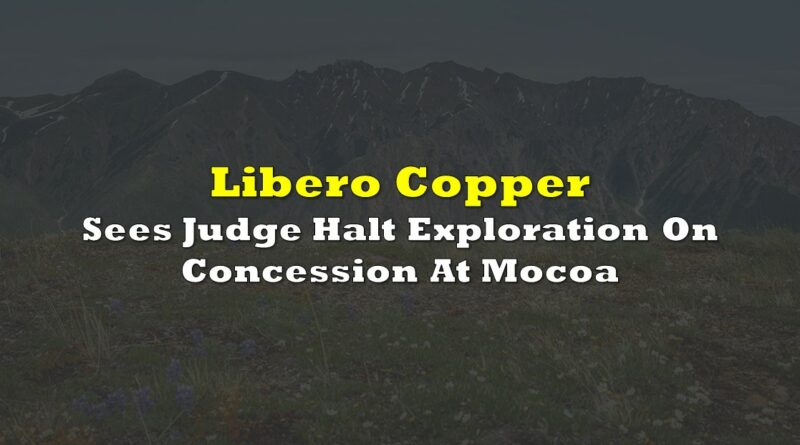 Libero Copper & Gold Corp (TSXV: LBC) appears to be facing some headwinds just days after posting an impressive partial assay of 0.75% copper over 251 metres. The firm is evidently facing some issues related to the exploration of the Mocoa property, the same property where that assay was intersected.

As it turns out, as was originally reported by the Mining Journal, the company has been ordered to stop exploration on certain claims related to the Mocoa property. The Second Circuit Penal judge of Mocoa has ordered exploration be halted on one of the firms titles, FJT-131, with the order based on a requested from the Reserve of the Inga of Condagua. The request is said to be related to required prior consultation with ancestral indigenous communities.

Libero maintains no consultation was required for the exploration of the title, having received certification from the Ministry of Interior of Columbia in 2019 stating that no indigenous communities are near to the exploration plans. The firm is said to have responded to the injunction, providing this certification as well as further details on the matter.

As for the title itself, the company maintains that there is no current exploration occurring in FJT-131, however, it is unclear if exploration under the ongoing program previously occurred on this time. Presently, exploration is said to be ongoing under title FJT-141, which is not impacted at the present time by this injunction.

Previous drilling exploration of the property appears to have solely been conducted on title FJT-141 based on details provided within a technical report filed for the property that is effective as of November 2021. Further, the copper-molybdenum deposit appears to be based within this concession based on maps produced by the prior owner of the property, B2Gold.

The company currently owners a total of four concessions related to the Mocoa project, which are said to be valid and in good standing.

Libero Copper & Gold last traded at $0.77 on the TSX Venture. 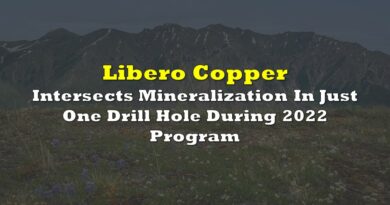 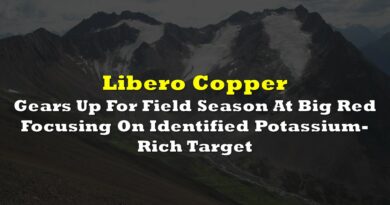 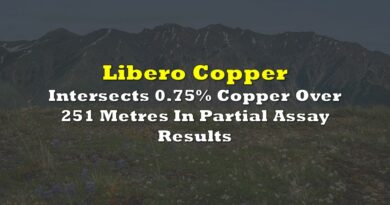