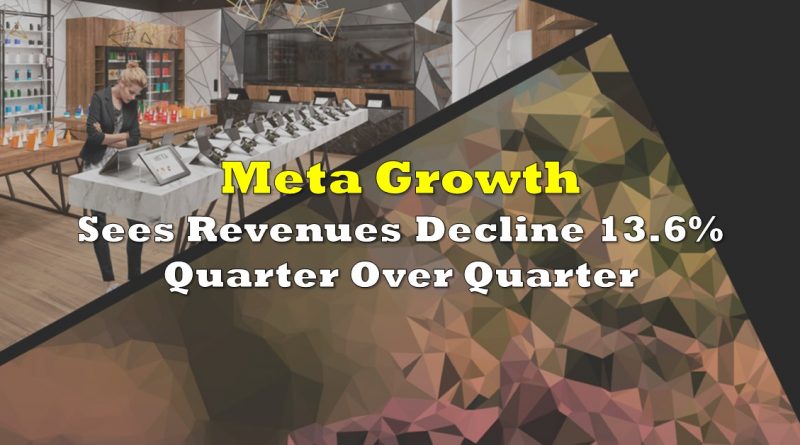 Revenues were down by 13.6% on a quarter over quarter basis, from $15.8 million, while also being down 15.8% from $16.2 million on a year over year basis, showing a worrying trend for cannabis investors. Gross profit for the period came in at $4.1 million.

Operating expenses during the quarter totalled out at $9.4 million, lead by general and administrative expenses at $5.9 million, followed by finance and other costs at $1.7 million. Net loss for the quarter came in at $5.5 million, as compared to $5.7 million in the previous period.

In terms of the balance sheet, Meta Growth saw its cash figure climb to $15.7 million during the quarter from $6.8 million in the previous period, thanks in part to $14.0 million in equity and debt financing activities during the quarter. Inventory declined during the period from $5.5 million to $3.9 million, while prepaid expenses grew from $2,3 million to $3.2 million, resulting in total current assets expanding to $23.5 million from $15.2 million.

Moving to liabilities, accounts payable was relatively unchanged, falling to $3.2 million from $3.3 million in the first quarter. Lease obligations during the quarter grew to $2.3 million from $2.2 million offsetting the decline in payables and resulting in total current liabilities staying relatively stagnant, declining to $6.0 million from $6.1 million, with the change largely being the result of rounding.

Meta Growth Corp last traded at $0.14 on the TSX Venture. 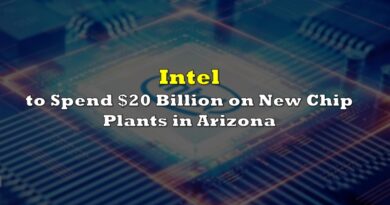 Intel to Spend $20 Billion on New Chip Plants in Arizona 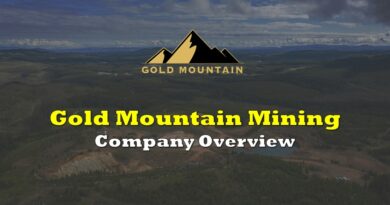 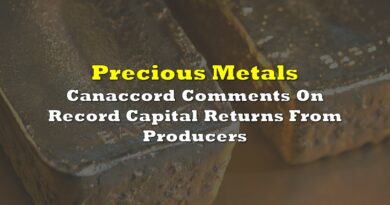