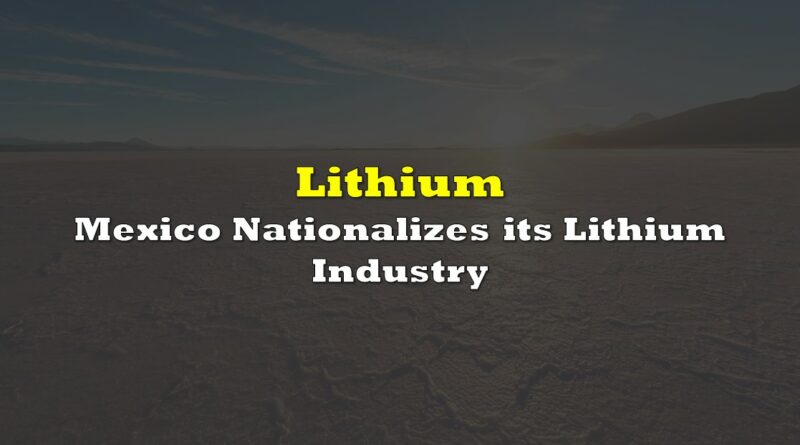 Most attractive and long-lasting investment themes, including individual stocks or commodities, are characterized by lengthy periods of positive fundamentals that are briefly interrupted by less constructive news. The current 17-month lithium bull market has clearly been defined by the former characteristic, but any appreciable negative developments have been difficult to ascertain. Lithium is perhaps the most indispensable metal used in electric vehicle (EV) batteries.

Note some of the following data points over the last few weeks:

On April 18-19, Mexico’s President Manuel Lopez Obrador, a leftwing leader who seemingly seeks to undo years of economic reforms accomplished by previous Mexican leaders, pushed through the country’s congress a bill to nationalize its lithium industry. A “decentralized” agency that will oversee the development of lithium will be established — whatever that means.

This nationalization action represents a follow-on to a similar decision made by a socialist leader in Bolivia who was elected in October 2020 and a planned lithium nationalization by new Chilean President Gabriel Boric; the progressive Mr. Boric took office in mid-March 2022.

The great risk in such sweeping initiatives, which generally result in lower quantities produced and less efficient mining operations (thereby leading to higher prices), is that Latin America contains the world’s largest lithium reserves. Note in particular how Chile’s reserves dwarf those of the U.S.

The extent of Mexico’s economically extractible lithium is open to debate. Most of the country’s lithium is deposited in clays. Virtually all the lithium produced in the world today is found in brines or rocks.

Having said this, Contemporary Amperex Resources Limited (CATL), the world’s biggest EV battery manufacturer, apparently believes that extraction of lithium from clay is quite feasible. On April 20, it won a bidding war for the exploration rights to a lithium clay project in Jiangxi, a southeastern Chinese province. CATL paid nearly US$135 million just for these rights — all development spending would be on top of this figure. The project contains an estimated 2.66 million tons of lithium metal oxide.

Tesla’s (NASDAQ: TSLA) Elon Musk certainly understands the powerful lithium fundamentals. On Tesla’s 1Q 2022 earnings call, he said “I encourage entrepreneurs out there who are looking for opportunities to get into the lithium business. …. Lithium margins right now are practically software margins.”

The price of lithium has soared nearly tenfold since year-end 2020, and has more than doubled just over the last four months.

Information for this briefing was found via Edgar and the sources mentioned. The author has no securities or affiliations related to this organization. Views expressed within are solely that of the author. Not a recommendation to buy or sell. Always do additional research and consult a professional before purchasing a security. The author holds no licenses. 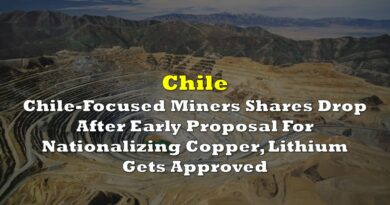 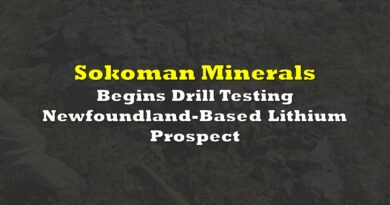 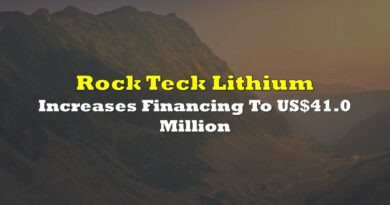