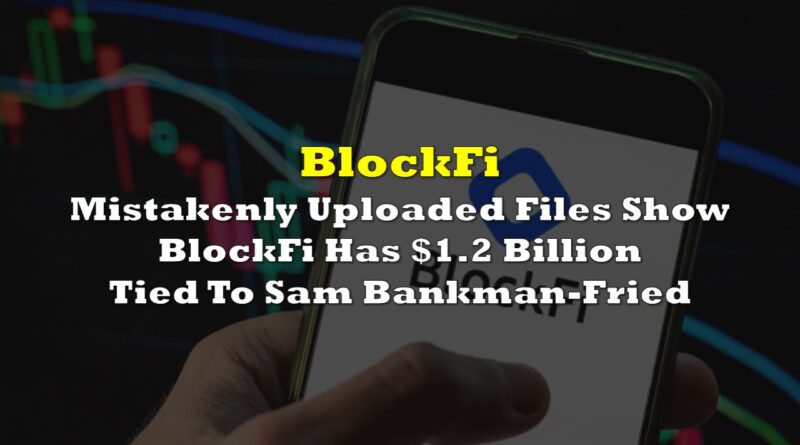 According to financials that had previously been redacted but were mistakenly uploaded on Tuesday without redactions, bankrupt crypto lender BlockFi has over $1.2 billion in assets tied up with Sam Bankman-Fried’s FTX and Alameda Research.

The unredacted BlockFi filing shows a balance of $415.9 million in assets linked to FTX and $831.3 million in loans to Alameda, as of January 14. Both of Bankman-Fried’s companies were entangled in FTX’s November bankruptcy, which sent the crypto markets into a tailspin.

The documents show that BlockFi’s exposure to FTX was greater than previously disclosed. According to the late November disclosure of the law firm handling the crypto lender’s chapter 11 proceedings, BlockFi had approximately $355 million in crypto assets frozen in bankrupt crypto exchange FTX and a $671 million defaulted loan to FTX’s sister hedge fund Alameda Research.

Since then, the price of bitcoin and ether has risen, increasing the value of those holdings.

In an earlier filing, BlockFi’s financial statements revealed that CEO Zac Prince seemingly withdrew around $9.3 million worth of crypto in April 2022 and approximately $850,000 in August 2022–right around the time now-bankrupt FTX extended a $400 million facility to BlockFi.

“To protect clients’ funds, BlockFi executed a transaction in which FTX committed to loan $400 million in cryptocurrency on a junior basis to BlockFi’s obligations to its clients, enabling BlockFi to process billions of dollars in clients’ requested withdrawals and other transactions between June and November 2022,” the firm said in its statement.

Then, BlockFi made one-time payments to essentially restore lost monies and make some employees whole after their equity was made “worthless” by the FTX loan. Prince had the biggest equity lost at $413 million followed by COO and co-founder Flori Marquez.

M3 Partners, a creditor committee advisor, put together the financial presentation. The firm is represented by the law firm Brown Rudnick and is entirely made up of BlockFi customers who owed money by the bankrupt lender.

Other details about BlockFi that are now available include its customer numbers and high-level details on the size of their accounts as well as trading volume.

BlockFi had 662,427 users, with nearly 73% having account balances under $1,000. From May to November of last year, clients had a total trading volume of $1.17 billion, with those under $1,000 having a cumulative trading volume of $67.7 million. According to the presentation, BlockFi made roughly $14 million in trading revenue during that time period, averaging $21 per customer.

The company had $302.1 million in cash and $366.7 million in wallet assets. According to the presentation, the crypto lender has unadjusted assets worth nearly $2.7 billion, with nearly half of that tied to FTX and Alameda.

According to the most recent BlockFi financials, the value of both the Alameda loan receivable and the assets associated with FTX has been reduced to $0. After all adjustments, BlockFi has just under $1.3 billion in assets, with only $668.8 million described as “liquid / to be distributed.”

After the wrong upload, the Official Committee of Unsecured Creditors filed a motion with the court to seal the redacted documents, stating that “[the] redacted portions of the [M3 Partners presentation] include ‘trade secret[s] or confidential research, development, or commercial information’.”

The DOJ’s US Trustee on the case objects to the motion, saying “the Committee has not made a showing that the information sought to be redacted contains information subject to any confidentiality or privilege other than advising.” Instead, the trustee recommends the burden to be left with the committee as it promised to commit to “protecting this information in good faith.”

Further to the mistaken filing, documents showed that BlockFi’s 125 remaining employees are being paid handsomely–an aggregate $11.9 million annually–as part of the proposed retention plan designed to keep some people on board during the bankruptcy process.

According to the presentation, the five employees who remain with the company earn an average of $822,834, demonstrating that BlockFi’s retention “plans are larger than comparable crypto cases.”

Amidst all this, BlockFi announced in June 2022 that it is “reducing headcount by over 20% to attempt to further protect client value and set a course to return to profitability,” a report that still continued to hover over the firm until it filed bankruptcy.

READ: Another One Bites The FTX Dust: BlockFi To File For Bankruptcy, Cut Jobs

FTX was close to acquiring BlockFi at a 99% discount and was reportedly about to pay just $25 million for the latter, which last summer held a valuation of $4.8 billion. 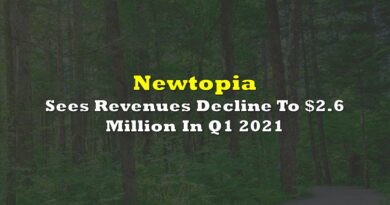 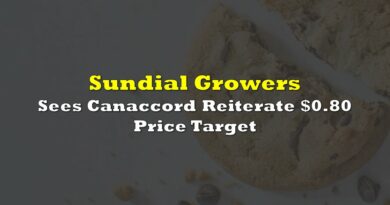 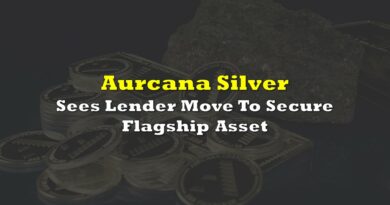