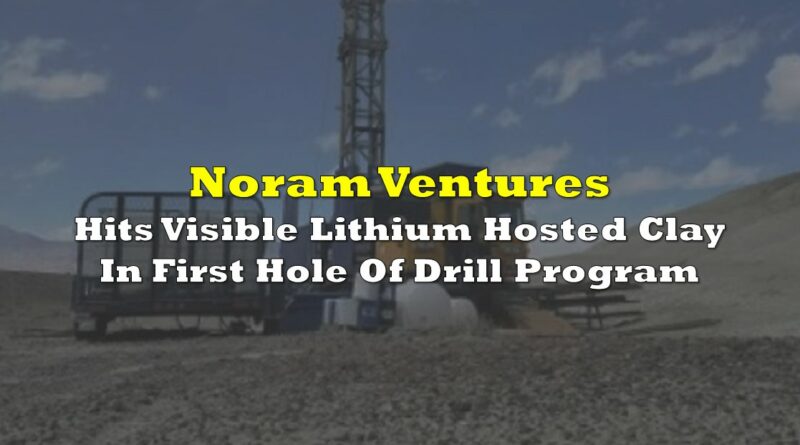 The ongoing drill program being conducted by Noram Ventures (TSXV: NRM) appears to be going quite well. The company this morning announced that the first hole, which was drilled to a depth of 69 metres, has intersected visible lithium hosted clay. The company as a result will be sending the core off for rushed assaying.

The ongoing phase five drill program is being conducted over 1440 metres, with a total of twelve holes currently planned for the property. Each hole is expected to be drilled to 120 metres, which is the depth to which the lithium claystone is known to extend to on other regions of Noram’s Zeus project in Nevada.

The current drill program is to utilize both infill and step-out drilling, with the program looking to upgrade current indicated and inferred resources to that of measured and indicated. The company will also look to extend the current deposit to the south and east of the current resource held on the property.

Once the current drill program is completed, the company intends to file an NI 43-101 technical report with both an upgraded resource as well as that as an open pit design for the project.

“Noram will accomplish some notable milestones over the next year. The Company is working aggressively towards the completion of a PEA outlining the strong economics of the resource and its potential to generate significant cash flow to the benefit of its shareholders.”

Noram Ventures last traded at $0.17 on the TS Venture. 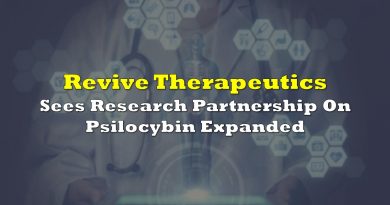 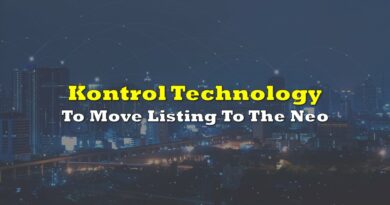 Kontrol Tech To Move Listing To The Neo 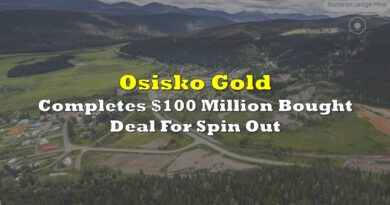