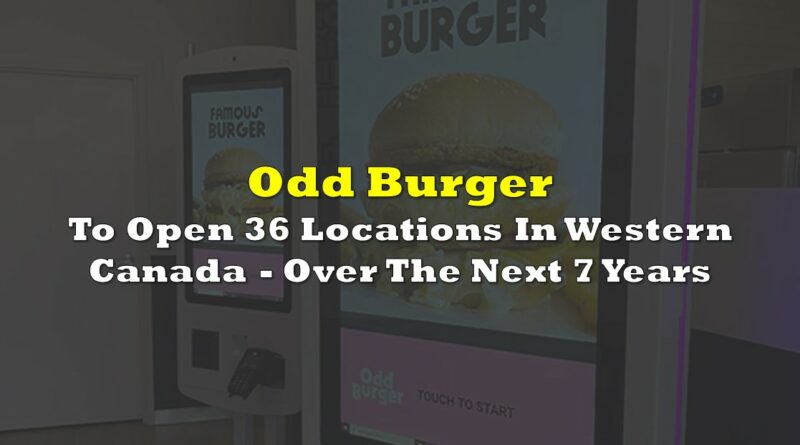 On the same day that The Very Good Food Co (TSXV: VERY) announced it is cutting production and headcount as a result of a lack of demand for plant-based products, Odd Burger Corp (TSXV: ODD), a vegan fast-food chain, announced a significant expansion. The firm this morning revealed that it intends to open 36 new locations across Alberta and British Columbia.

Unlike the Very Good Food Co however, the growth at Odd Burger appears to be taking a slower approach. The new locations are to be opened over the course of the next seven years, under a partnership with western Canada-based Sai-Ganesh Enterprises. The partnership has seen SGE enter an area representative agreement for the region, with SGE to oversee franchise sales to owners, the construction process, and then subsequently support the franchises in the region.

The partnership is expected to alleviate challenges associated with running locations that are distant to the corporate headquarters of the firm. With the use of local experts, the theory is that the franchises can be better managed and more impactful in their markets.

SGE also intends to open a western location itself under the partnership, which will be utilized for training purposes. Additionally, the two announced Western Canada locations, found in Calgary and Victoria, will also be supported by SGE. Both locations are still currently looking for site locations.

SGE is said to have experience in both franchising and commercial construction. The firm currently has the rights to the BarBurrito brand in Saskatchewan, as well as the Meltwich brand in BC, Manitoba, and the Atlantic provinces.

A timeline for the opening of the first locations under the arrangement was not provided.

Odd Burger last traded at $0.40 on the TSX Venture.