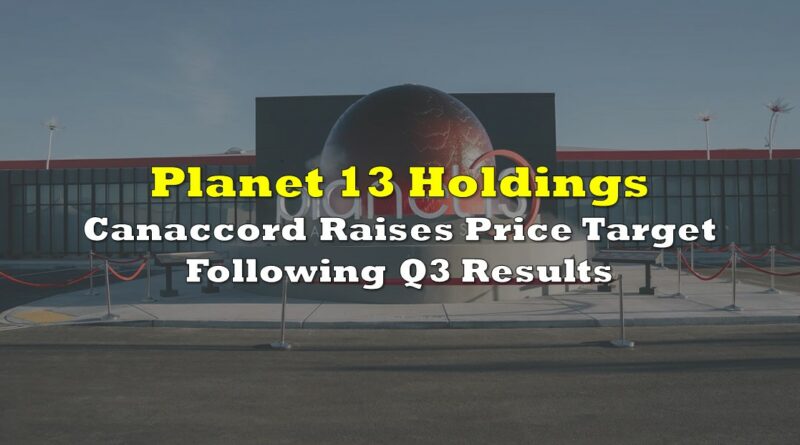 Earlier this week, Planet 13 Holdings (CSE: PLTH) reported their third quarter results. The company reported revenues of $22.8 million, which is a 36.5% increase on a year over year basis. The gross profit margin was 56.9% or $13 million, down from 59.1% but up on a dollar value.

Canaccord Genuity was the only firm to change its 12-month price target. They raised their price target to $6.50 from $6 and reiterated their speculative buy rating. Three analysts cover Planet 13, with an average price target of $6.67. Two analysts have a buy rating, while one analyst has a strong buy.

In the Canaccord note, Bobby Burleson, Canaccord’s cannabis analyst headlines, “Strong quarter with momentum continuing in Q4.” He says that Planet 13’s record quarter shows investors that there is a strong recovery from COVID-19, “harnessing a successful pivot to home delivery and curbside pickup, and effectively pivoting to local customers.” Burleson says that the main reason for the strong covid rebound was their ability to switch their 85/15% split between tourist and local customers and notes that delivery and curbside is now delivering substantial revenue.

Planet 13 also announced at the end of November that they reopened their Medizin dispensary, which Burleson says that there is “a is a clear path to more share gain in the NV market, which stood at a little over 9% for PLTH in Q3.”

Burleson states the reason for increasing their 12-month price target is due to, “its ability to fund growth beyond NV and CA appears increasingly certain following recent upsized capital raises that further strengthened the company’s balance sheet to roughly $57M.”

Planet 13 is currently up roughly 8% since they reported earnings. 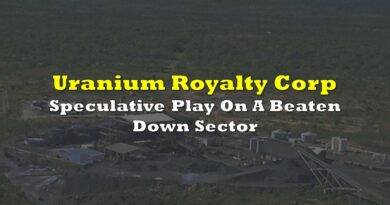 Uranium Royalty Corp: Speculative Play On A Beaten Down Sector