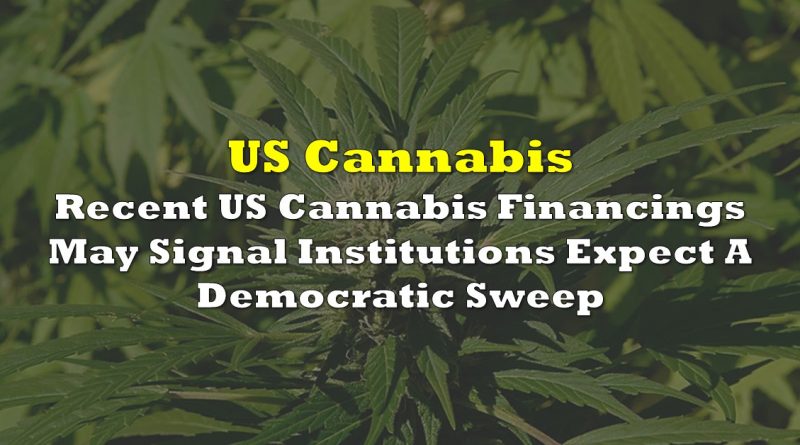 At the very least, it seems these investors are anticipating significant cannabis reform to occur in the US in the near term, with cannabis being a ballot issue in multiple states. Presently four states, consisting of Arizona, New Jersey, Montana and South Dakota, will be voting on the matter of recreational use cannabis.

Two additional states, Mississippi and South Dakota, will be casting votes on whether to approve cannabis for medical use. Finally, somewhat related to the topic, is that Oregon will be voting on whether to legalize psilocybin for medical purposes, as well as decriminalizing small amounts of all drugs.

In terms of funds raised, here’s a roundup of recent financings announced within the US cannabis sector over the course of the last week or so.

Outside of recent financings, US cannabis operators have seen a spectacular rebound since the March lows experienced at the onset of the coronavirus pandemic. Operators such as Green Thumb Industries (CSE: GTII) and Trulieve (CSE: TRUL) saw their equity climb significantly, with Green Thumb going from lows of $5.05 to highs of $21.93, and Trulieve climbing from $8.10 to $35.08 over the last several months.

While ETF’s such as HMUS and MSOS tried to capture this spectacular movement, they fell somewhat short on a comparable basis as a result of their wide holdings in sometimes unrelated firms. While still posting significant gains over the course of the period (MSOS began trading September 1), with HMUS climbing from $6.00 to $20.88, the return was still short of the even larger gains seen by some of the operators.

Despite this, the money flowing into US operators tends to signal one thing: cannabis investors are expecting bullish events to unfold as a result of the November 3 elections. Time will tell if those bets play off, or fall flat on their face. 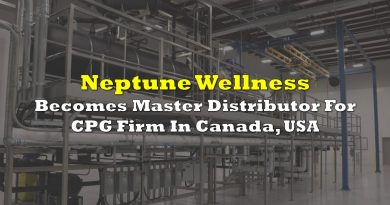 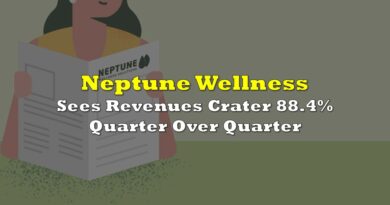 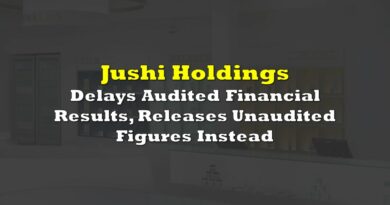