As we alluded to in an article released Monday morning, there were a number of cannabis focused public companies that released earnings yesterday before and after the bell. To help keep you informed, here’s a run down of what figures some of the more significant players in the market laid down for the first quarter of 2019.

Origin House started off yesterdays earnings rush, posting their figures in the premarket hours. The California-focused operator posted revenues to the tune of CAD$11.2mm for the first quarter of 2019, with gross margins of $1.7mm. Origin House reported $0.64mm in revenues in the same quarter of 2018, indicating significant top line revenue growth over the course of the last year.

The reported cash position was down $29.95mm to $39.25mm over the three month period, indicating a cash burn of just under $10mm a month.

While top line growth historically has been the name of the game in the cannabis sector, it appears that investor sentiment is slowly changing on the topic. After closing Tuesday’s session at $11.49, the equity opened lower at $11.17 on financial results. Ultimately Origin House closed relatively flat on the day at $11.50.

While Cresco Labs issued a news release after hours related to its earnings, full filings have yet to be issued on Sedar as of the time of writing. What we do know, is that the firm reported revenues of US$21.2mm for the quarter, up 24% from $17.0mm on a quarter over quarter basis. On a pro-forma basis, including the proposed acquisition with Origin House, the company had combined revenues of $33.9mm for the quarter.

Reported gross profits came in at $9.4mm before the impact of biological adjustments, while operating expenses hit $17.7mm.

MedMen Enterprises was one of the first issuers to report financials after the bell yesterday, posting revenues of US$36.6mm for the period ended March 30, 2019. This was up from the previous quarter, wherein it reported revenues of $29.9mm. On a pro forma basis with all pending acquisitons, including PharmaCann, revenues rose from $49.5mm to $57mm.

There were sparks of positive news embedded within the associated news release, such as a decrease in expenses from $77mm in the previous quarter to $72mm in the current quarter. However, the firm has still failed to break out the recorded $61mm in General and Admin related expenses, which is a significantly higher figure than any industry competitor. It was also announced that CEO Adam Bierman, and President Andrew Modin have signed revised employment contracts, with salaries being reduced to $50,000 a year.

The biggest driver for this phase of the business remains revenue, which continues to increase significantly with new store openings and same store sales growth. Where we are impressively ahead of schedule is in leveraging our scale to create greater operational efficiencies across the organization. Execution keeps improving while corporate SG&A is decreasing.

However, there were more detractors than anything. Cash burn is still immensely high, with the company burning through $56.32mm in just 13 weeks – which equates roughly to $18.8mm leaving the till each month. As of March 30, the company had just $21.9mm in the bank – leaving approximately one month of runway before the company ran out of cash, which identifies the need for the credit facility sourced from Gotham Green Partners. On top of that, intangible assets rose from $96.3mm to $130.7mm, while goodwill rose from $84.8mm to $108.2mm.

MedMen Enterprises reported a net loss of $63.1mm for the quarter, down from $64.6mm for the previous quarter.

Green Growth also reported for the first quarter of calendar 2019 yesterday after the bell, reporting revenues of US$5.6mm, up from $3.1mm. Gross profit however was down on a quarter over quarter basis, with the firm reporting only $79,483 gross profit before fair value adjustments. They reported $1.2mm in gross profits in the previous quarter.

Operating expenses were up by $7mm to $17.1mm, with additional expenditures largely coming from legal and professional fees to the tune of $3.32mm, and stock based compensation with a $1.32mm quarter over quarter increase.

Green Growth Brands posted a net loss of $15.1mm for the quarter.

FULL DISCLOSURE: Neither The Deep Dive, nor its parent company The CanaCom Group guarantees the accuracy of this information. For informational purposes only. None of the discussed companies are currently clients of Canacom Group nor The Deep Dive.Not a recommendation to buy or sell securities. Always do additional research and consult a professional before purchasing a security. The author holds no licenses. 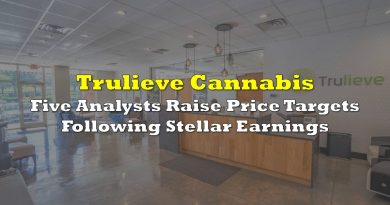 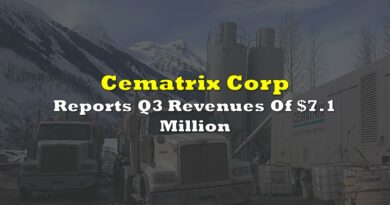 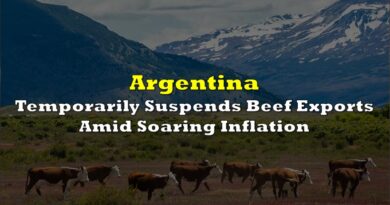