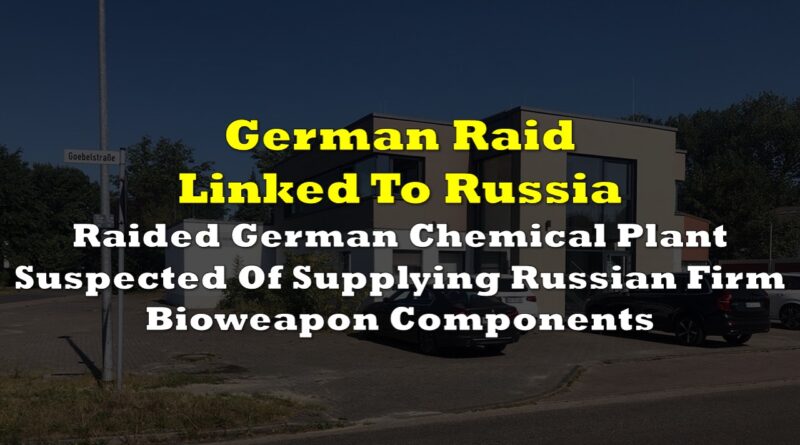 German chemical plant and laboratory Riol Chemie GmbH was raided on Tuesday by customs officers upon suspicions of selling precursor chemicals for bioweapons to Russia.

In an investigative report by the Organized Crime and Corruption Reporting Project, Riol Chemie is alleged to have made more than 30 shipments of chemicals and laboratory equipment to Russian chemical firm Chimmed Group over the past three and a half years without export permits.

“There are 50 officers on site. The operation is about alleged violations of the Foreign Trade Act,” said a spokesperson for the Public Attorney’s Office in Stade.

While acting on a violation of foreign trade, the authorities are looking into the German company’s shipments as investigation documents allege that part of it include chemicals that could be used to make chemical and bioweapons.

The US Department of Commerce’s Bureau of Industry and Security had added both Riol Chemie and Chimmed Group on its sanctions list back in 2021 in response to the poisoning and imprisonment of Russian opposition politician Aleksey Navalny. The Russian intelligence agency FSB Criminalistics Institute is being accused for the attempted hit on Navalny using the chemical Novichok.

Chimmed Group was contracted by FSB back in 2016 based on procurement records.

Further into the investigation, substances sent to Chimmed Group by Riol Chemie are considered “dual-use”, both for civilian and military purposes. These chemicals are regulated under the Chemical Weapons Convention for its nature and could potentially be used in a chemical warfare attack.

However, experts say the substance amounts shipped based on records weren’t big enough to indicate a possible chemical or bio-weapon quantity but could be enough to be used as a reference substance to start domestic production.

Information for this briefing was found via Organized Crime and Corruption Reporting Project and the sources mentioned. The author has no securities or affiliations related to this organization. Not a recommendation to buy or sell. Always do additional research and consult a professional before purchasing a security. The author holds no licenses. 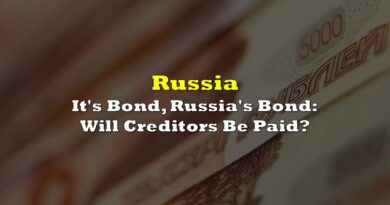 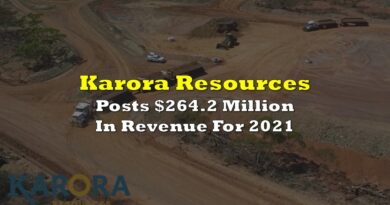 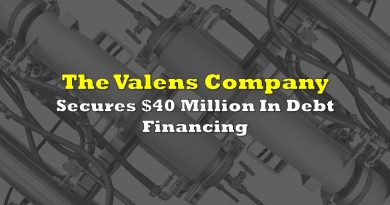