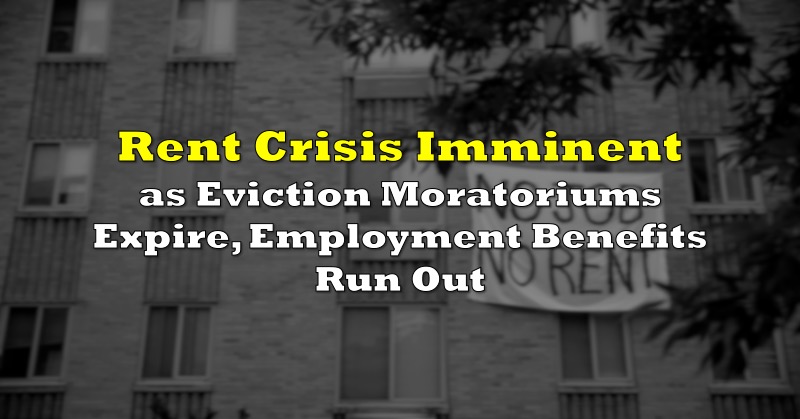 As many of the extensive measures such as eviction moratoriums and employment benefits introduced by the US government four months ago came to an end, it appears the US economy is still in shambles – with the worst yet to come.

Last Friday was a dark day for millions of Americans: not only did the eviction moratorium expire, but the $600 in additional employment benefits also came to an end, creating a wave of uncertainty for the days ahead. As Capitol Hill continues to argue over details of the latest HEALS Act, which is the second stimulus package introduced after the CARES Act that did little to uplift the economy out of the recession, the potential for a rent crisis increasingly seeps into the realm of an uncomfortable reality.

Over 25 million Americans were on the receiving end of the $600 per week unemployment benefits, while another 12 million were utilizing the evection moratorium which was part of the stimulus bill introduced in April. Many of those Americans were already walking a tight rope of constricted income even with the emergency resources in place, but now that they no longer have enough funds to pay rent, they are facing an imminent risk of eviction.

As a result, the month of August could see a record number of evictions across the country, as Senate Republicans muse over cutting employment benefits to only $200 and landlords take advantage of the eviction moratorium expirations. According to an analysis conducted by Stout Risius Ross, over 12 million Americans face eviction in the next four months, with Household Pulse Data suggesting that some states will be hit harder than others. In West Virginia for example, up to 60% of renter households risk eviction, while 50% of renters in other states such as Florida, Tennessee and Minnesota also face evictions.

As the reality of a double-dip recession becomes more evident, a second round of monetary and fiscal policy may only postpone the economic crash, rather than eradicate the deeply-seeded problems that persist among the working class.

Information for this briefing was found via Forbes. The author has no securities or affiliations related to this organization. Not a recommendation to buy or sell. Always do additional research and consult a professional before purchasing a security. The author holds no licenses. 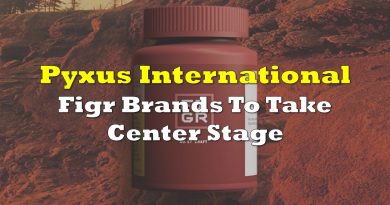 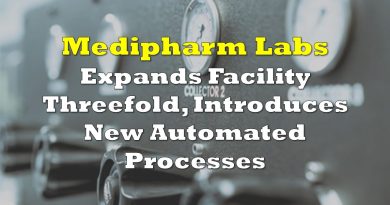 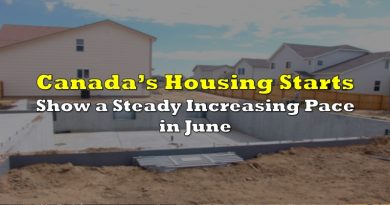 It appears that the niche market of extractors within the cannabis sector has seen an addition to its ranks. WeedMD

Khiron Life Sciences (TSXV: KHRN) is going to Asia. The company announced this morning that it has signed a distribution