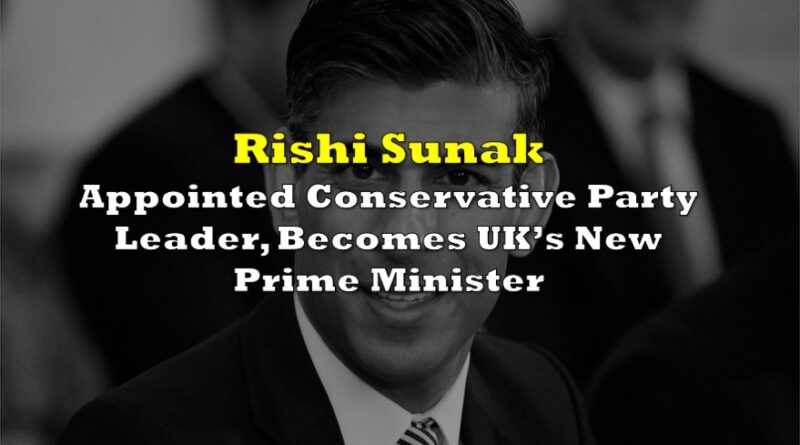 The 1922 Committee of Conservative lawmakers selected millionaire former Goldman Sachs analyst Sunak as the party’s next leader, after Johnson withdrew from the leadership race and centrist politician Penny Mordaunt was unable to get enough votes from lawmakers to be put on the ballot. As such, the 42 year-old party leader replaced Truss as prime minister, after she resigned from her embarrassing 44 day tenure. “This decision is a historic one and shows, once again, the diversity and talent of our party,” tweeted Mordaunt. “We all owe it to the country, to each other and to Rishi to unite and work together for the good of the nation.”

King Charles will instruct Sunak to form a government replacing Truss, who’s widely unpopular tax cuts and unfunded spending plans ultimately put an abrupt end to her political career. It is expected that Sunak will embark on broad spending cuts in an effort to restore the country’s laughable fiscal reputation against an economy that is sliding into a recession riddled with inflationary pressure.

Britain has been plagued by a state of perpetual political and economic turmoil ever since leaving the EU in 2016, with the latest Truss crisis drawing widespread embarrassment and ridicule from financial markets and the world’s press. However, according to Terra Firma Capital Partners co-founder guy hands, the situation could become gravely worse should the UK fail to work out new terms of the Brexit deal, even prompting an intervention from the IMF.

Hands warned the UK is “frankly doomed” and could soon become “the sick man of Europe” if the Conservatives don’t select a leader that “has the intellectual capability and the authority to renegotiate Brexit,” because the current deal is “completely hopeless and will only drive Britain into a disastrous economic state.” He warned that failure to do so would ultimately result in higher taxes and interest rates, and a further reduction in social services. 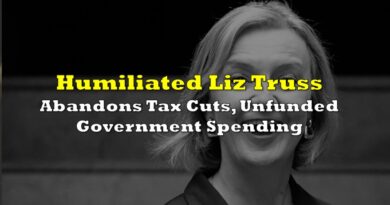 Humiliated Liz Truss Abandons Tax Cuts: ‘We Get It, And We Have Listened’ 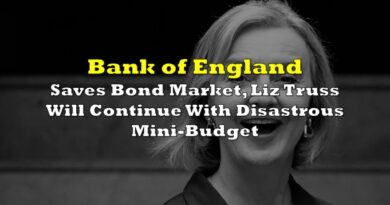 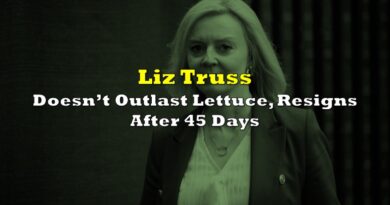