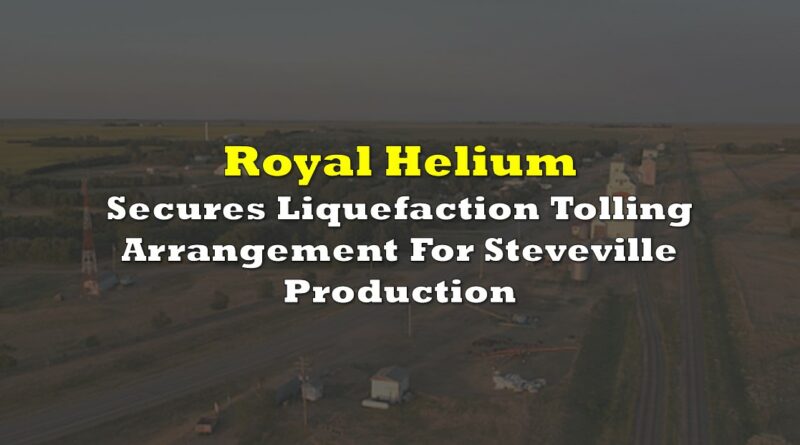 Royal Helium (TSXV: RHC) has assembled another piece of the production puzzle this morning, after it entered into an agreement for liquefaction of its helium produced from the Steveville property.

The firm has entered into a liquefaction tolling arrangement with Tumbleweed Midstream, which will see the firms gaseous helium transformed into liquid helium, enabling the easier transport of the commodity. Liquefaction is set to occur at Tumbleweed’s Ladder Creek facility, which is found in Cheyenne Wells, Colorado, near to the Colorado-Kansas border.

The tolling arrangement will consist of Royal Helium’s 99.999% gaseous helium produced at the Steveville helium wells and processing plant converted to liquid form with the same degree of purity. The arrangement, which is for an initial term of three years and is renewable yearly thereafter, will see up to 24 million cubic feet of crude helium per year processed for Royal Helium. The Ladder Creek plant itself is said to be capable of liquefying up to 1.5 MMcf/d.

The process of liquefaction, as per Royal Helium CEO Andrew Davidson, is said to be “a crucial step in both Royal’s production process and [their] off-take partner’s purchase process.” The location of Ladder Creek is said to lend well to delivery the delivery requirements of its off-take partner.

Production is set to commence in the first half of 2023 for Royal, with delivery to its space-exploration partner set to occur in Q2 2023. The plant currently under construction, located north of Brooks, Alberta, is slated to have an operating capacity of 10-15 million cubic feet per day, with the gaseous helium to be transported via trailer.

Royal Helium last traded at $0.28 on the TSX Venture. 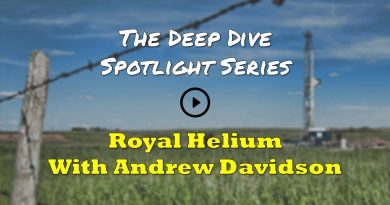 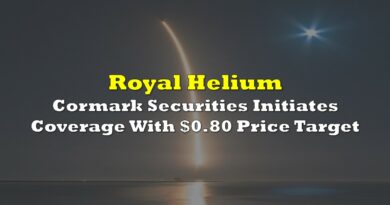 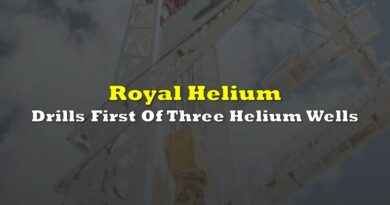