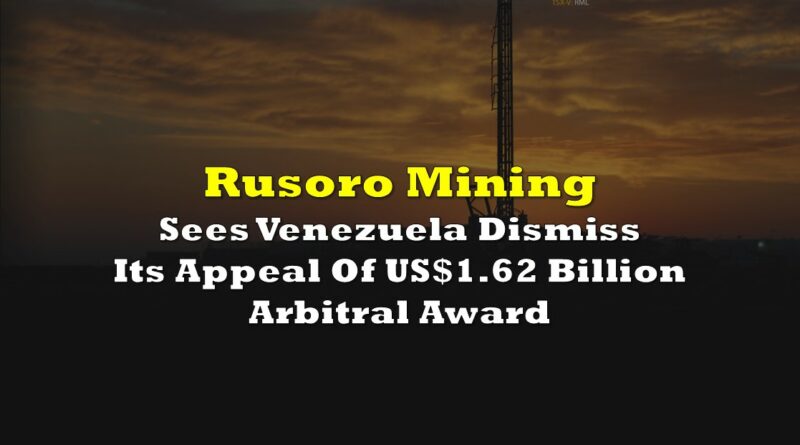 Rusoro Mining Ltd. (TSXV: RML) is getting closer to the compensation related to its court battle with the Republic of Venezuela. The gold producer announced on Wednesday that the country is dismissing its appeal of the US$1.62 billion judgment awarded to the company.

The appeal relates to the judgment rendered by the U.S. District Court in Washington DC in favor of the mining firm confirming the decision of an international arbitration tribunal based in Paris. The French court found that the South American country “had expropriated” the company’s mining-related investments in violation of international law. The judgment also ordered that the company be compensated for the damages that resulted from the country’s seizure of investments.

The US court awarded the firm US$967.77 million, which now includes interest of US$652.23 million. Venezuela first appealed to the Paris Court of Appeal which annulled the damages portion of the arbitral award. In March 2021, the French Supreme Court overturned the decision, rejecting the country’s argument that the arbitral award is invalid. The firm believes this could have been the reason for the country to abandon its appeal of the compensatory amount in the US court.

“We are hopeful that Venezuela’s decision to withdraw its U.S. appeal reflects a decision on its part to respect international law and will lead Venezuela to finally compensate Rusoro in accordance with the rulings of the arbitration tribunal and the U.S. courts,” said Rusoro Mining CEO Andre Agapov.

The gold mining firm relayed that it will continue its enforcement efforts against Venezuelan assets “wherever they are found” should the country decide not to pay the award voluntarily.

Rusoro Mining last traded at $0.045 on the TSX Venture. 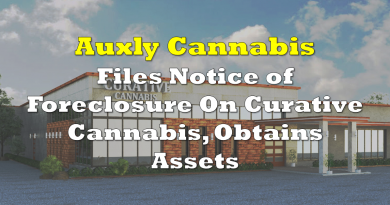 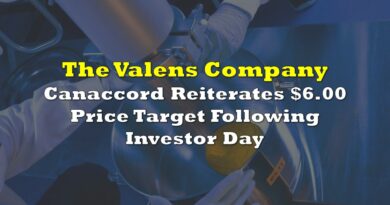 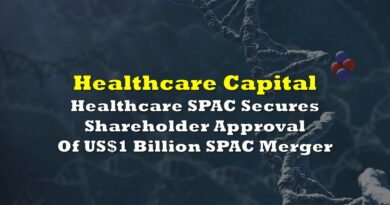