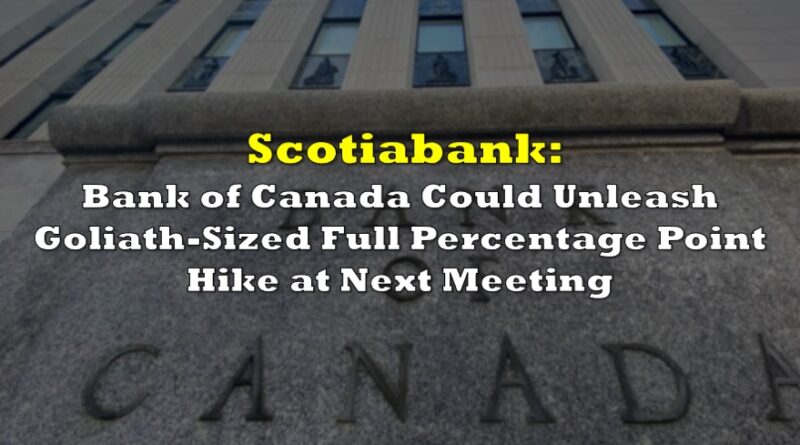 Time to brace for impact: according to one Canadian bank, the Bank of Canada may hike rates by a full percentage point come its next meeting, in face of the hottest inflation in over 30 years.

Scotiabank Capital Markets Economics head Derek Holt warned there is a “solid case” for the central bank to embark on a behemoth rate hike come the June meeting, ranging anywhere between a 75 basis-point to a 100 basis-point increase. Although Scotiabank previously forecast another half-point increase from the Bank of Canada, Holt predicts the bank may have to embark on a more hawkish monetary policy in the face of March’s 6.7% inflation print.

“The fact that inflation is running amok should drive a minimum 50 basis point hike that we forecast at the next meeting in June. I had previously argued they should deliver a series of three 50bps moves,” Holt said, as quoted by Bloomberg. “There is even a solid case for the BoC to hike by 75–100bps in one shot.” The Scotiabank economist accused policy makers of moving too slowly to tame runaway prices, which has prevented the central bank from achieving neutral nominal rates— a level where the bank is neither subduing or holding back economic activity.

“Monetary policy tailored to current conditions should already be at neutral— if not above— given where inflation is and with a full employment recovery as the economy has moved into excess aggregate demand,” Holt argued. “Having failed to deliver that outcome, the second best option would be to get to the mid-point of the two to three per cent neutral rate range this summer and preferably by July in my view.”

Still, Bolt believes the Bank of Canada’s benchmark rate will peak at 3% during the current tightening cycle, even amid the rapidly accelerating inflationary outlook. He does however, suggest the rapid increase in consumer prices will boost the timing of the rate hikes. 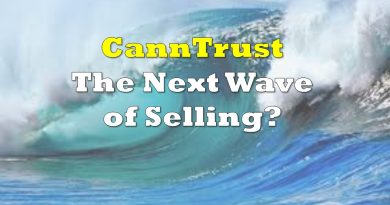 CannTrust to be Dropped From the S&P/TSX Composite 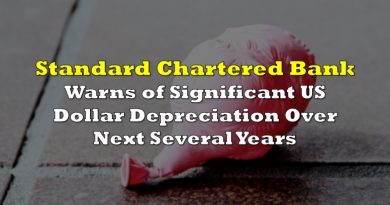 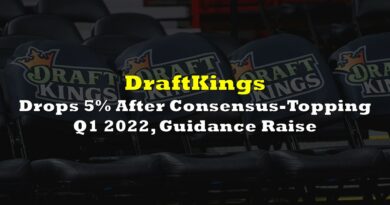