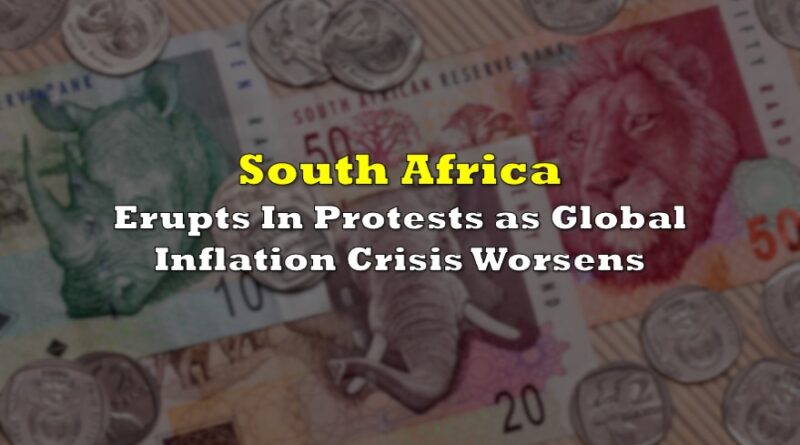 The extent of the global inflation crisis is becoming increasingly apparent, as more and more countries succumb to protests and chaos over the exponential surge in living costs.

South Africa has become the latest country to experience unrest over surging energy costs, as residents took to the streets of Johannesburg to erect road blockades and set fire to tire piles and even a public building. The demonstration quickly turned violent, as two protestors were fatally shot by police. Although the developing country is frequently plagued with soaring unemployment and crime, the latest wave of protests come as inflation gauges move well above average. In June inflation hit 7.4%, shocking the nation which already suffers from rampant inequality and severe poverty.

In early July, protestors blocked off a major supply route into South Africa, after widespread gasoline shortages sent pump prices doubling. Although the Ukraine conflict has sent the cost of fuel soaring, residents in South Africa are at a particular disadvantage given that transportation costs account for a significant proportion of their monthly income. According to Bloomberg, gasoline suppliers have laid the blame on developed nations, which are paying premiums for fuel shipments while refining companies benefit from hefty margins.

But, the protests in South Africa are part of a much larger problem. According to latest data from Global Macro Investor, the global inflation crisis has substantially affected every corner of the world, with 80% of all countries experiencing price pressures above 6%. The figure marks the highest proportion of nations suffering from surging inflation in over 40 years, with the graph below depicting the dramatic acceleration of the crisis:

Although inflation in the US, Canada, and other developed countries is almost at double-digit highs, it’s developing economies that become affected the most. “Vulnerable countries can no longer rely on the international bond market and Chinese lending to make up for a shortage of tax revenue and to help pay for imports of oil and gas,” said Council on Foreign Relations Brad Sester. “Many of the conditions needed to resolve a balance-of-payments crisis— such as a weaker currency and cuts to subsidies— are particularly painful at a time when shortages of food and fuel are driving up prices globally.”

Unprecedented amounts of monetary and fiscal stimulus unleashed by major central banks during the Covid-19 crisis, years of quantitive easing by western countries, decarbonizing energy policies, coupled with ruptured global supply chains from pandemic-related shutdowns, have made the inflation problem so much more pronounced during a geopolitical crisis such as Russia’s war in Ukraine.

Information for this briefing was found via Africa News, Bloomberg, GMI, and the sources mentioned. The author has no securities or affiliations related to this organization. Not a recommendation to buy or sell. Always do additional research and consult a professional before purchasing a security. The author holds no licenses. 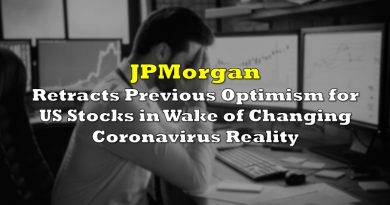 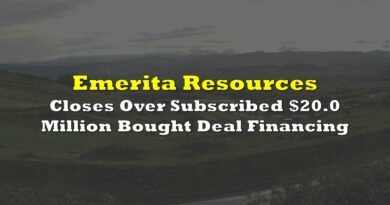 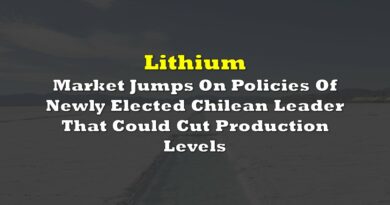